Penny-priced stock to be delisted from NYSE 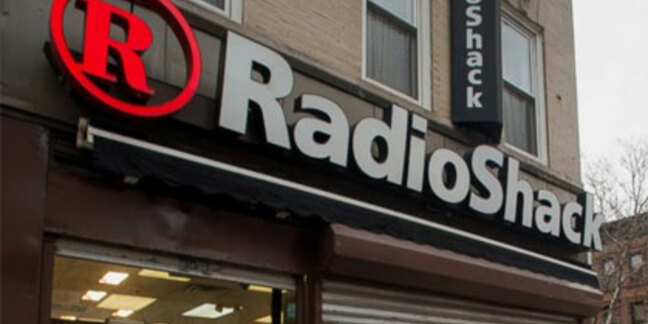 Struggling electronics retailer RadioShack may not emerge from bankruptcy intact after all, sources claim.

On Monday, Bloomberg reported that the cash-strapped firm may be preparing to cease all retail operations, citing anonymous sources familiar with the company's plans.

Earlier reports suggested RadioShack was in talks to sell off about half of its retail locations to US mobile carrier Sprint as it seeks protection under Chapter 11 of US bankruptcy laws.

In December, RadioShack CEO Joseph Magnacca said his turnaround plan for the company included "right-sizing" its operations, which he said would involve "targeted store closures."

But Bloomberg's sources now claim that if RadioShack is successful in handing off between 1,300 and 2,000 retail stores to Sprint, as Magnacca intends, it plans to then close the rest.

The same sources say RadioShack has also talked to Sprint about possibly operating co-branded stores, although nothing has been decided yet.

Investors are beginning to doubt that turnaround is even possible for RadioShack, which has posted losses for the last 11 successive quarters. The company has seen its shares tumble by roughly 90 per cent in the last year.

Monday's bad news battered its stock price even further, and after-hours trading saw it land down 33.4 per cent from the day's opening price.

RadioShack will reportedly be spared any further such indignity, however. The Associated Press reported late on Monday that the New York Stock Exchange plans to delist the company and suspend trading of its shares because it no longer meets the stock exchange's listing requirements.

The NYSE requires all listed companies to maintain a market capitalization of at least $50m over 30 consecutive trading days. Based on its share price as of Monday's closing bell, RadioShack currently has a market cap of just $24.2m.

RadioShack's formal bankruptcy filing was expected to come as early as Monday, but the company is reportedly still hammering out details with hedge fund Standard General, which became its largest shareholder in October and it extended it a $535m rescue loan. ®