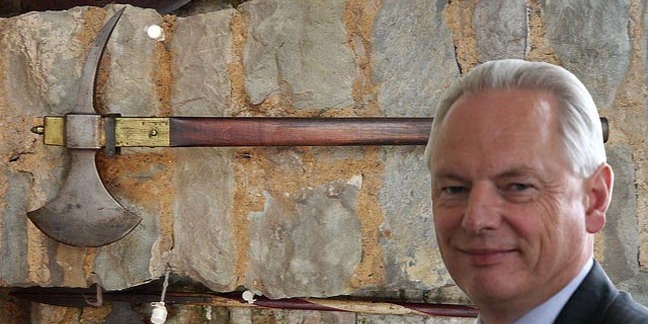 Axe-wielder-in-chief and Cabinet Office minister Francis Maude is to hang up his blade after the next election.

Since first swinging into power in 2010 Maude has pledged war on the supplier "oligopoly", which have traditionally dominated Whitehall IT spend, placed a moratorium on IT contracts over £100m, overseen the creation of the government digital service (GDS), and slashed the rest of Whitehall by one-fifth.

Last year he claimed the Cabinet Office saved £14.3bn through its efficiency programme. However, spending watchdog the National Audit Office has called into question some of his department's previous saving calculations.

In a his resignation letter yesterday, Maude said the government had cut the costs of government IT "while hugely improving the service".

He added: "I’ve worked closely with our brilliant chancellor to drive these reforms, but there is much to do – before the election and after – to ensure that the reforms are irreversible."

With Maude definitely out the picture after the next election, it is unclear what the future of the government's IT reforms and the GDS will look like, even if a Tory-led government coalition is elected.

Insiders say he has been instrumental in trying to shake up government IT and has been personally responsible for providing "ministerial top cover" for the GDS.

However, the extent to which his IT reforms have been successful has also been disputed. For example, many small businesses report little change in the ability of SMEs to work directly with government, and the GDS has yet to make significant headway into its long-standing target to make 25 digital services live by next month.

Maude became an MP in 1983 for North Warwickshire and served as a minister under Margaret Thatcher and John Major, before losing his seat in 1992 and then returning in 1997.

Last year Maude said that rather than producing elaborate strategies the Cabinet Office has just got on with the cuts. "It’s what I call the JFDI school of government – just do it," he said. ®

Microsoft gives Office 365 admins the heads-up: Some internal queries over weekend might have returned results from completely different orgs

Only in 'extremely rare circumstances.' So that's OK

Microsoft doc formats are the bane of office suites on Linux, SoftMaker's Office 2021 beta may have a solution

We like finding non-Redmond alternatives, but the free options make it tough for commercial operations