Yet another attempt to make Documentum sexy 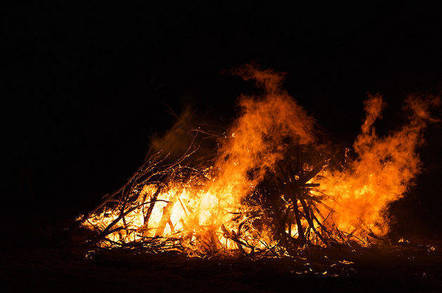 Another attempted reboot for Documentum EMC's Documentum business has limped along for years now, but now has a spring in its step after rebranding and acquiring a new leader.

Evidence of the change emerged from the former Information Intelligence Group's (IIG's) gabfest in San Francisco this week, where attendees were encouraged to use the hashtag #iigReady15.

One such Tweet, below, was posted by Rohit Gai, listed here and elsewhere by EMC as “head of IIG Products”.

Another Tweet, below, from Singapore-based EMC IIG veep Owen Taraniuk, also seems to suggest that the IIG's leader Rick Devenuti has moved on.

#iigReady15 farewell to our beloved leader. Not a dry eye in the house. Rick, you will be missed. pic.twitter.com/EZTxwcbfcC

The “Rick” mentioned in the Tweet is probably Rick Devenuti, listed at the time of writing as the president of the IIG (and also listed in that role in early January 2014 by archive.org.

But back to Taraniuk, as his Twitter profile is also telling: it says he works for the “EMC Enterprise Content Division”. Which just about confirms the change of name.

As we wrote while covering EMC's latest results, the Documentum business never shone.

We've asked EMC to confirm the rebranding and to explain why it was done. ®