Ugly, incomplete, buggy: Windows 10 faces a sprint to the finish

Unpicking the past is a messy business for Microsoft

Project Spartan is the equivalent to Metro IE in Windows 8. It is a universal app, which in Windows 10 will run in a desktop window as well as full screen, and uses EdgeHTML by default. However it can fall back to MSHTML for compatibility where necessary. Compatibility with old Internet Explorer (IE) apps is not great in Project Spartan even with MSHTML, since some features including ActiveX controls and Browser Helper Objects do not work, so IE itself is also provided in Windows 10.

This build only includes IE, but to further confuse matters, IE can also use both rendering engines. You can enable EdgeHTML in IE by navigating to about:flags and enabling Experimental Features. New features in IE include HTTP Strict Transport Security headers, HTTP Live Streaming and MPEG-DASH adaptive video streaming, VideoTrack support, and the beginnings of XPath DOM access. There are also updated F12 Developer Tools (press F12 to see them) including improved network traffic inspection and more powerful debugging tools; this is a nice set of tools now.

Enabling the new engine gives much faster performance in some cases. Google’s Octane benchmark returned a score of 7973 using the old engine, on this elderly Core i5 tablet, and 11934, nearly 50 per cent faster, using the new engine.

Bundling two web browsers into Windows is confusing, but how much so will depend on the defaults. It sounds as if Project Spartan will be the normal browser, with IE tucked away for business app compatibility, and that makes perfect sense.

Settings were a problem in Windows 8, since some were migrated to a simplified user interface in a modern-style PC Settings app, while others are only available in the old desktop Control Panel. This new build introduces a new, more extensive Settings app. Search in the app can find settings that are elsewhere as well. For example, search for VPN and the results include “Network Connections” in the old Control Panel, which is the best place to set advanced VPN properties. It is still messy and inconsistent in places. Search for Mouse, and you get a few simple settings. Open Control Panel and search for Mouse, and you get the real deal with far more options. This is annoying. The new app is promising, though. 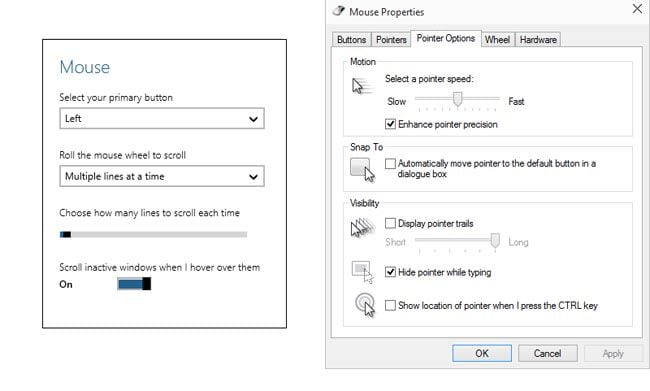 More than earlier previews, this Windows 10 build shows how much of Windows 8 has been removed by the new team. The Charms menu has gone and the Start screen replaced, removing two key features. Windows is desktop-centric again, which will please most users, but does at times compromise the tablet experience.

Microsoft has not forgotten the tablet side, with the prominence of touch-friendly universal apps ensuring reasonable usability.

Bugs and rough edges are expected in a preview, but the number of issues I encountered is a concern; it is worse in this respect than Windows 8 was at the equivalent time before release. Most of the problems are with universal apps, and include apps appearing off screen, buttons and links not working, and focus issues, the only fix being a reboot.

Microsoft also has work to do on fit and finish. Inconsistency of design between universal and desktop apps is inevitable, but that does not excuse ugliness like panels with excessively tight left margins and too much white space below. The split personality of Windows 8 has been disguised but not eliminated in Windows 10, and issues like “is it in Control Panel or is it in Settings” continue to annoy.

Unpicking and replacing Windows 8 features and unifying Windows across devices, while also providing marketable new functionality, is a challenging task for Microsoft’s team. The state of this build suggests that there may still be rough spots on release, especially for tablet users. Chief exec Satya Nadella has promised “Windows as a service” though, suggesting continuous refinement, and my hunch is that this will be needed.

More positively, this build shows strong progress in making Windows 10 more consistent across tablet and desktop, as well as a palatable upgrade for Windows 7 users. It will get better, and once over this hump, Microsoft and its third-party developer partners can focus on delivering compelling apps for its new platform.

The extent to which they do so will in the end determine the success of the release. ®