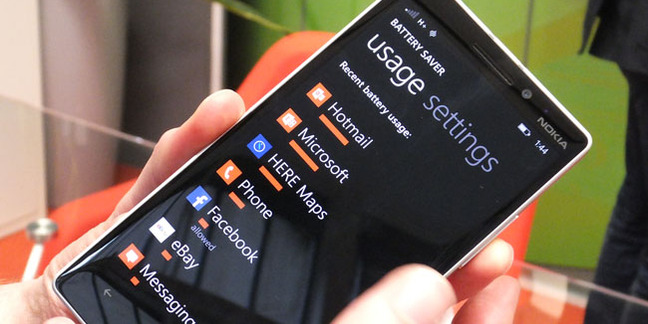 Cell networks in the US have spent $44.9bn buying the rights to use a chunk of the American government's airwaves for wireless broadband networks.

The FCC has just finished auctioning off the frequencies in its latest Advanced Wireless Services sale, dubbed AWS-3. It had hoped to bank just $10bn from the selloff to help line the treasury's coffers.

Since November, 1,614 regional licenses to three spectrum bands have been sold off, fetching prices ranging from $2,800 for a slot in American Samoa to $2.7bn in New York City and Long Island.

The auction sold off spectrum in the 1695-1710, 1755-1780 and 2155-2180MHz bands, previously used for government communications, after the space was earmarked for commercial wireless broadband networks.

Each license covers 5, 10 or 20MHz of shared space in a specific geographical region. They each last for 12 years, and can be renewed for a decade at a time. Exactly how the airwaves will be used is laid out in excruciating detail here [PDF].

Telcos can use the frequencies to add or bolster LTE mobile broadband coverage in the areas covered by the licenses. Bidders most likely included AT&T, T-Mobile US and Verizon. Sprint opted out of the auction, preferring instead to save its cash for the upcoming sell-off of television broadcast spectrum.

What does this mean for people? Ideally, it suggests that wireless broadband coverage and capacity (for everyone but Sprint) will improve throughout the US in the coming years, though there's a long path from spectrum purchase to actually installing and implementing networks.

Below is a map by Stephen Wilkus, CTO of Spectrum Financial Partners, showing the winning blocks sold at auction and their price per Mhz of bandwidth: areas such as southern California and parts of the East Coast have fetched higher prices for more populated areas.

Uncle Sam, meanwhile, will use part of its windfall to cover the costs of migrating communications off the bands, while another portion has been ring-fenced to create a new broadband network for emergency services.

The hefty prices fetched in the auction should bode well for television broadcasters, who plan to consolidate their over-the-air broadcasts into shared channels and sell off the unused portion to telcos. ®