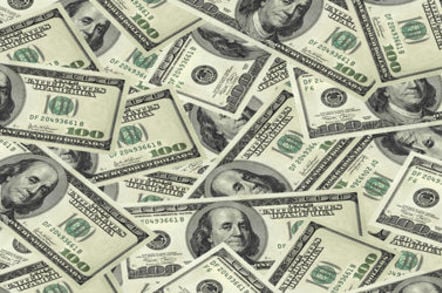 +Comment Western Digital sold 61 million drives in its latest quarter, 2.1 million less than a year ago, but made $30m more profit, and it out-shipped and out-earned rival Seagate – CEO Steve Milligan's men must have ear-to-ear grins on their faces.

All in all, there's not a lot of change and a less-than-hoped-for PC sales number caused a decline in disk drive units shipped (61 million compared with 63.1 million a year ago, and 64.7 million a quarter ago).

Where’s all that Big Data that's supposed to be flooding in? Not on the desktop, that's for sure.

Stifel Nicolaus MD Aaron Rakers analysed Western Digital’s numbers and thought PC-related disk drive revenues were "down 11 per cent over the year", while “non-PC related HDD revenue (excluding SSDs + implied other) grew approximately 4 per cent year on year, according to our model".

It's expected that OC disk revenues will continue to decline as SSD take-up on the desktop increases.

Looking at Seagate and Western Digital revenues and drive shipments side by side in a couple of charts shows Milligan’s mob doing better than Steve Luczo’s Seagate, as the graphics below illustrate: 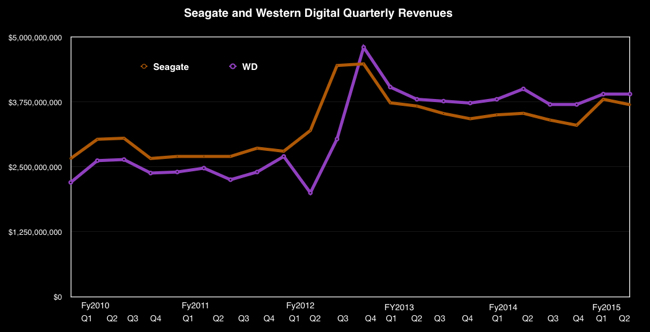 Western Digital is widening the gap between itself and Seagate

Western Digital sold many more enterprise SSDs this quarter, as revenues of $187m compared with the previous quarter’s $156m show. That business is growing nicely enough and Milligan expected that to continue in the earnings call: "We expect revenue growth from our flash platforms business to outpace that of the industry".

Next page: MOFCOM get a move on
Page:
Tips and corrections
3 Comments