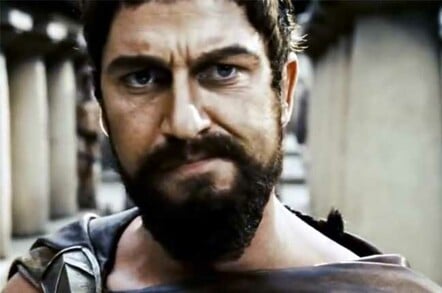 Details of Microsoft’s fledgling Windows 10 Spartan browser are emerging with a suggestion of possible support for Windows 7.

Redmond’s Spartan team is working on a plan for support for extensions to the Windows 10 browser.

Silverlight, HTML and CSS extensions will be supported in Spartan, according to the software giant.

“Yes, we’re working on a plan for extensions for a future update of Spartan,” Microsoft’s IEDevChat team wrote on Twitter during a chat.

There are reports here that Microsoft is working on plans for Spartan to work with extensions for Google’s rival Chrome browser.

There was no word on whether Spartan would back-track to work with ActiveX controls, thereby bringing in support for legions of legacy applications. Microsoft has said there will be no ActiveX support in Spartan.

That is a potential problem, as Microsoft seems to be embarking on a two-lane browser strategy: one for consumers and another for business users. Spartan is for the former, IE for the latter.

The @IEDevChat team confirmed while IE will continue, it’s clear Spartan is the priority and something Microsoft wants to get into the hands of the mass of consumer PC users.

Consumers on Windows 10 will get Spartan by default, the IE team tweeted. “IE will be available for Windows 10 & can be enabled by the user.”

The plan is for people to use Spartan “unless they have specific compat needs"...

#AskIE @JoshTumath We're evaluating different approaches, but our intent is for ppl to use Spartan unless they have specific compat needs

As least from a political perspective, Spartan is the technology of choice for Microsoft: marking a break with the standards-hobbled IE with which it has become stuck with over 20 years.

According to the @IEDevChat team, the plan is to remove as many Microsoft extensions to web standards as possible from the Spartan rendering engine – EdgeHTML.

Traditionally, all browser makers have added so-called prefixes to their browsers to make things like CSS work with their particular browser’s quirks and features.

According to Redmond: “EdgeHTML engine will have a lot of ms prefixes removed; we want to use prefixes very sparingly if ever.”

Spartan is designed to work with Windows 10, so it won't run on non-Windows platforms – continuing Microsoft's policy on browsers. But there is a hint Spartan could come to Windows 7.

According to the IEDevChat team:

#AskIE @Anamewithaguy Spartan is currently targeted at Win10. We're focused on getting ppl upgraded (free) but will watch Win7 demand

Microsoft seems to be keeping an open mind, based on use of Windows 7 – currently the biggest single browser by market share on Windows machines. ®