Kumquat may, fruits of BT merger won’t include Moss' baby 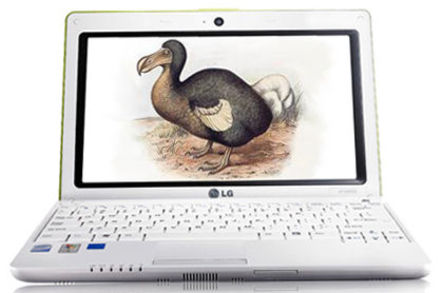 Nobody will mourn T-Mobile, and it was always a bit uncomfortable after the success of the One2One brand which preceded it. But Orange will be sorely lemon-ted [That's probably enough now — Sub-Ed].

Then again, maybe that's not true of Chris Moss, man who created the Orange brand, who seemingly won’t feel bitter [Is that a pun? — Sub-Ed], as he told El Reg: “I’m not sorry because France Telecom has been destroying the Orange brand for years."

Orange, however, was a stunning marketing success. It appeared at a time when mobile networks had usually grown out of a state-owned monopoly, which in turn was built on horses and post horns.

Moss claims it’s all down to the mandarins [oof] of the marketing departments, and “it's not about brand strength, this is about a French and a German company coming together”, and there's no way that those companies would license the Orange and T-Mobile brands to BT.

We can expect the EE brand to go too, once the network is consumed by BT.

Moss has a zest [oh boy] for brand building (developing Virgin Atlantic and 118118, as well as Orange), and it sounds as though he would love to get his teeth into a new brand for BT, believing as he does that “EE has not really captured the imagination of consumers”.

Moss believes that a brand which captured all the ways a BT service could affect people could be three times the size of the UK market, and be much bigger than just a quad-play — it’s possible to create a brand even stronger than Orange.

As for the squashing together [groan] of O2 and Three, Moss believes the O2 brand is stronger, although the presence of Three in other countries means that his former masters at Hutchison will want to use the Three brand.

However, the Orange name lives on outside the UK. There were reservations that it would have Protestant overtones in Northern Ireland, and in France the phase “The Future’s Bright” was seen to have communist connections, but the brand has generally gone from strength to strength, and now has 60 million subscribers globally.

Below the Orange brand there are other companies which the company subsumed, including Freeserve and Wannadoo. Customers of these services will now be served by BT.

Then again BT could just dust off the old name of Cellnet, but maybe that’s just taking the pith. [I give up – Sub-Ed] ®