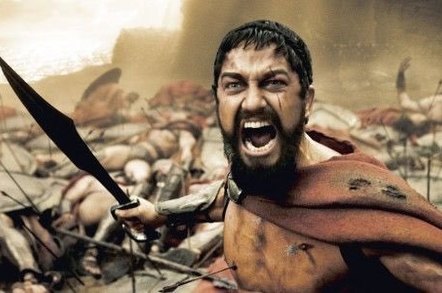 Two years after its last browser strategy policy change in Windows 8, Microsoft is shifting the pieces around the board again.

Microsoft last week unveiled Spartan, project codename of the browser for use with anything and everything running Windows 10.

Spartan is for any Windows 10 device, no matter if its input mechanism be keyboard and mouse, touch and gesture or controller and sensor.

Spartan is a “modern” browser, says Microsoft. What does that mean? A browser that works with “modern” standards, it seems.

You’ll be able to annotate web pages with digital ink and search with voice commands thanks to integration with Cortana – Microsoft’s Siri-like digital assistant.

So it’s one browser to rule them all? Not exactly.

As with many a Microsoft browser story, nothing is what it seems, and again it is web devs – especially in enterprises – who’ll be feeling the rough end and who can help shackle Microsoft's browser plan.

Spartan features a new rendering engine – EdgeHTML, a fork of the MSHTML Trident engine that’s been the bedrock of IE.

OK, two browsers. We can cope with that. But wait.

Based on what we know so far, Spartan won’t be available for Windows 7 PCs – the vast majority of the PC market. For them, there’s IE.

Meanwhile, IE will also be available on Windows 10 and it will use the same, dual rendering engine as Spartan. If you’re scratching your head, so are web devs.

What exactly makes them different, and why have one over the other? Good question.

Spartan won’t work with Active X controls and Browser Help Objects, meaning IE is aimed at enterprise devs with legacy apps. But Windows 10 will also be pitched at enterprises Microsoft, too.

You think Spartan is the future just because Microsoft held a brassy event to say so? That Microsoft couldn’t possibly back-track and kill Spartan?

Think again. Spartan is the successor to Metro IE, released with equal gusto and determination by Microsoft with Windows 8 in 2012 and also “the future”.

Before that, Microsoft’s browser plug-in Silverlight was “the future” – the future of rich media on three-screens and the cloud. It was released in 2007 and Microsoft killed it a few years later in favour of HTML5 and stopped allowing plug-ins Windows 8’s Metro IE browser.

This translates as greater uncertainty for developers plus the possibility of increased costs by having to build for not one but two Microsoft browsers. And then there's everybody else's browsers to cater for.

With this in mind, it’s easy to see why devs have had enough of Microsoft’s constant re-arranging of the browser counters around the board and why they want the world's largest software maker to stop messing around and – in their view – do something sensible, like throw its lot in with Google's Chrome, which is making stately progress without the huge changes.

Google’s browser is the only browser increasing its market share. Chrome supports “modern” web standards, is fast and updates regularly and without the kind of hype in which Microsoft loves to indulge.

Will Microsoft give up on IE for Chrome? Or dump its browser engine for Chromium, the open-source engine of Google’s browser, as Opera did in 2013?

Forget it. First, it's not healthy for the web – it creates more of a monoculture.

Next, Microsoft values the independence of its roadmap too much. Also its goal on the browser has always been to give users integration that binds them to Windows or Microsoft’s online properties. It spent decades tying people into IE and Windows, producing the standards that require lock-in. Microsoft won't give up on owning its browser engine and roadmap and certainly won't hand that control over to a rival such as Google.

Thanks to antitrust, Microsoft can no longer tie people into IE as it did through Windows by strong-arming the PC makers. Today it's the soft sell that sells – hence the fluff about Cortana and digital ink.

Spartan is a fresh start for Microsoft on the browser. IE became a standards basket case and security nightmare. Alas for Microsoft, it can't simply dump IE and start over again because of the legacy of websites and apps now tied into IE. In that context, a parallel Spartan makes sense.

The problem for Microsoft is the enterprise. IT pros will roll their eyes at yet another fresh start and wonder just how long this one will last. They will ignore Spartan: it is a browser that might well work with "modern" web apps – as Microsoft claims – but it won't work with their companies' existing web and enterprise apps. Neither will Spartan run on Windows 7, the default PC client for the majority of firms.

There is of course one "modern" browser that does run on on Windows 7 and that is already becoming many companies' second browser of choice: that is Chrome.

Spartan might be the future of Microsoft's browser strategy, but it sure makes a convincing case for IT pros to go with Chrome instead. ®