Cellist Keating not keen to play by Google’s rules 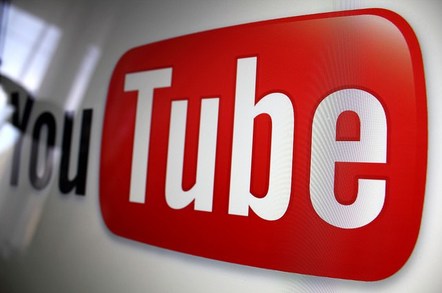 +Comment Google has revived its "our way or the highway" contracts with independent artists and labels, according to popular cellist Zoe Keating.

On her Tumblr blog, Keating recounts a series of demands she says were made this week by YouTube, the ubiquitous video-sharing site bought by Google for $1.65bn. Either Keating signed the new T&Cs, she says, or Google would remove her music from YouTube.

She would also be required to give up exclusive windowing deals with any other music services. If Keating released a recording anywhere in the world, YouTube would be entitled to publish it too, without delay.

The contract would last five years – and Google could not prevent the artist from selling ads alongside it.

"It’s one thing for individuals to upload all my music for free listening (it doesn’t bother me). It’s another thing entirely for a major corporation to force me to. I was encouraged to participate and now, after I’m invested, I’m being pressured into something I don’t want to do," Keating writes.

"Anyone starting up a new video service?" she asked.

In other words, Google was saying: "Whether you sign it or not, we'll use your music."

Labels who declined to sign the licence agreements were threatened with expulsion from YouTube – a crippling move for their artists, as YouTube dominates music exposure and discovery.

The labels appealed to the European competition authorities for emergency action, arguing it was anti-competitive, a restraint of trade, and abusive of Google's dominant market position. Indie labels have since signed with Google, and the service is in invite-only mode as "Music Key".

The contracts prompted calls for regulators to revisit Safe Harbour provisions, which were conceived to protect fledgling internet companies (with no revenue or users) from powerful media and entertainment giants.

Twenty years later, the latter are worth a fraction of Google and Facebook and are unable to set the terms of trade.

Google's YouTube contract is perhaps the most flagrant use of Safe Harbour and its "mere conduit" defence creates no incentive to be honest and respect IP rights, but a strong incentive to turn a blind eye and get away with what you can. The indie spat reveals its use as a competitive weapon by Big Tech – and the market distortion it creates is the backdrop to every deal signed in the digital media world today.

Keating has almost two million Twitter followers. And the timing may rebound on the Chocolate Factory: Keating played out the closing ceremony at the Davos World Economic Forum, where rival plutocrats mingle with heads of state. ®