Oh what a tangled cloud we weave 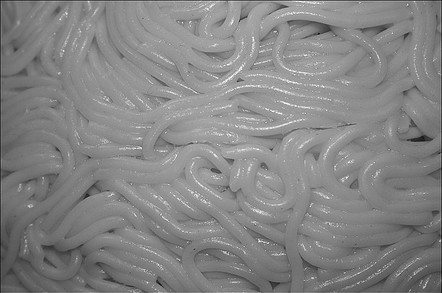 The cloud caper's getting more competitive, with four of the industry's bigger players jostling in new and fun ways.

Let's start with the AWS vs. Microsoft action, a tale that begins in October last year when the former released a plugin for the latter's System Centre control freak that allowed it to reach out and manage virtual machines in the EC2 cloud.

Back then the plugin was billed as making EC2 instances just another VM for System Centre to manage, a fair enough feature in these days of the hybrid cloud. Albeit one that probably had Microsoft wondering if System Centre plugins are really such a great idea.

As of Wednesday, that plugin can import Windows virtual machines from on-premises bit barns into EC2. Amazon reckons it takes just a few clicks and – POOF! - VMs disappear into the cloud.

Microsoft's going to love that little trick, seeing as it's trying to get its users to do more or less the same thing but into Azure. At least it still picks up a Windows Server licence.

So does VMware, we presume, in Rackspace's new managed VMware cloud. The pair are pitching this one as a “strategic partnership” that will see Rackspace take on all those tiring management chores VMware users would rather not do themselves, for either in-cloud or on-premises kit. Rackspace will spin you up some Vmware-backed VMs and run 'em as if they were its own.

This one's got a lot less friction than the AWS/Microsoft relationship as the tie-up is consensual. But it also leaves VMware building and promoting an expanding public cloud while striking partnerships for other ways of consuming the same stuff. Fair enough, you might say, because one size doesn't fit all and VMware has worth with hosting partners for ages.

But oh what a tangled cloud we're weaving. ®