Beam me up, Scotty, And VAPORIZE me in the process 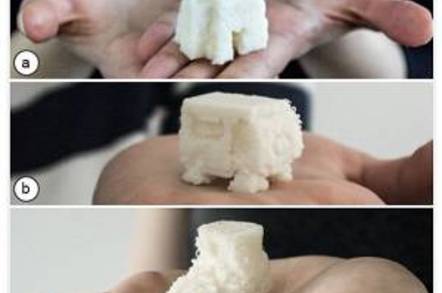 Researchers in Germany have formulated a way to transfer information to a 3D printer on a one-time purchase basis, by killing off the original.

The developers of "Scotty" believe that their development can allow 3D printing on a one-time use basis by destroying the object as it is scanned.

The boffins attached a Raspberry Pi to a Makerbot and were able to effectively fax objects to each other via a secure link. The system could be used to send top-secret prototypes or, as printers improve, send products from designers to customers.

Dubbed the "Scotty" 3D printer, the device tears down the object as it scans. The sender sees the object disappear as the receiver watches it being built, with all the data traveling via an encrypted connection, which would ensure decent DRM

The researchers suggest that the "Scotty" system could allow for an object to be destroyed as it was replicated, effectively teleporting it (hence the name).

The system could prove vital for companies that wish to retail products to 3D printers. By holding buyers to a single copy, retailers could ensure a product can be sold and printed without the risk of pirates selling off additional copies of their 3D printed products.

All that's way in the future until printing in anything other than resin becomes affordable, but the security side of it will please manufacturers, since there's less chance of P2P style product piracy. ®