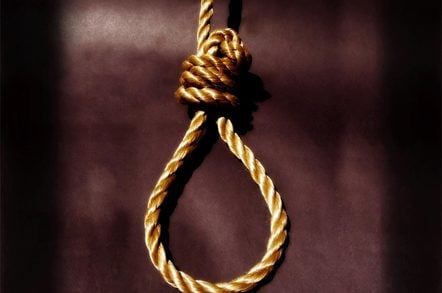 Analysis First the good news: Windows 10 will be free – for one year.

Microsoft announced upgrades to its next-planned client operating system during an outpouring of PR love and vision on Wednesday.

We won't claim the credit for Microsoft’s decision to give its next version of Windows as a free upgrade for 12 months to those on Windows 7 and 8.x.

Yet we did say this week that Microsoft couldn’t risk re-imposing charges on Windows 8.1 that it had started giving away for free – on small-screen tablets.

Also on Wednesday, Microsoft’s vice president of operating systems Terry Myerson said once a Windows device is upgraded to Windows 10, Microsoft will continue to keep it current for the supported lifetime of the device “at no cost”.

It’s difficult to tell what Myerson actually means. Updates to Windows were already free under Microsoft’s product-support lifecycles. It’s not clear what Myerson means when he talked of “the device” as if Microsoft is changing the current two-year Windows delivery cycles for future versions of Windows.

Let’s focus on the tangibles – those free upgrades for 12 months.

Why has Microsoft U-turned on its chief operating officer’s pledge of “no more free Windows”? Why has a company that makes a third of its money on selling licenses to PCs and tablets running Windows drastically extended its recent policy of Windows 8 for free – but only on devices with a screen of nine inches or less?

Because it had to.

Windows 10 is Microsoft’s make-or-break operating system and Microsoft needs to do everything it can to kick-start adoption and move PC customers on. If Windows 10 goes wrong and people don’t upgrade, that’ll be two Windows busts in succession. That would be terrible for business and for Microsoft.

Consumers and businesses both flatly rejected Windows 8.x, with the latter picking Windows 7 as their post Windows XP PC platform of choice.

Windows 7 is now six years old with its end-of-support date penciled in for 2020. If Windows 10 also doesn’t hit, and assuming Microsoft takes another two years to release the next version of Windows – its typical roadmap – then it’ll be 2017 before the world’s largest software company gets another crack at trying to persuade potential customers it’s in their interests to upgrade.

And that’s a real problem. No upgrades mean no new Windows license revenue and Windows licenses account for $18bn of annual revenue for Microsoft. Moreover, no upgrades from Windows 7 kills a key component of Microsoft’s cloud and device strategy: the app store.

Windows 7 doesn’t work with Microsoft app-store apps. With hardly any use of Windows 8.x, Microsoft’s app store’s addressable market is vastly reduced. Adhering to Windows 7 means Microsoft slips even further behind Google and Apple in terms of feeding downloads to compatible devices. Of course, all this assumes Windows 10 will be any good and users will want it and see a need to upgrade from Windows 8.1 and Windows 7 in the first place.

Windows 10 is going to be free – for a while. That’s really bad news for PC makers and channel partners, and will prolong the industry’s recovery from its nose spin.

New versions of Windows and sales of new PCs go hand in hand, as the new operating system is either too fat or uses features missing in existing hardware. The best recent example was the sour reception to Windows 8 in Christmas 2012, which was blamed for the worst sales figures since records began in the 1990s.

Microsoft hasn’t said what PC hardware you’ll need to run Windows 10 but with its free upgrade, Microsoft obviously reckons PCs running Windows 7 and Windows 8.x have already got what they need to make Windows 10 work.

PC hardware refresh has been a major hurdle in recent tech history: a reason companies have been slow to dump Windows XP has been finance directors unwillingness to pay for the new PCs that can run Windows 7. Putting Windows 10 on the same PCs as Windows 7 helps Microsoft navigate that hurdle; getting Windows 10 becomes a simple matter of download and corporate IT strategy.

Microsoft is gambling: it is trading short-term PC sales and putting PC partners on hold in the interests of long-term adoption of Windows 10.

As we've written here before, offering free products in today’s climate of low-price but fully functioning devices is the way to grow market share.

Microsoft needs market share for two reasons: to make decent money from Windows 10 licenses at some point in the future and get more Windows 10 devices in the field that let people swallow subscription cloud services, like Office 365.

It’s a risky play that won’t just put a hole in Microsoft’s short-term earnings but will put PC partners further out in the cold and delay the PC industry’s recovery. Microsoft is gambling on the fact that most businesses now on Windows 7 will want Windows 10 in the next 12 months.

Yet most IT upgrade cycles take about three years, and most have just about completed a round of upgrades to take on Windows 7 and move off of Windows XP.

No wonder Microsoft tried to distract the headline writers with talk of holograms instead. ®