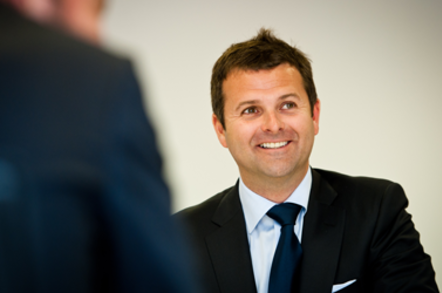 The now privately-owned B2B comms and tech biz Daisy Group is looking for the incoming CEO to plot a course to rule the SME customer space within the next half a decade.

The Lancashire-based company today removed itself from trading on AIM in a buy backed by founder and current CEO Matthew Riley - he is soon to become chairman - and several private equity investors. The deal values the business at £494m.

As exclusively revealed by us, current Computacenter UK managing director Neil Muller leaves the company at the end of this month to take on the top operational job at Daisy. And he’ll be expected to replicate the dominance of his almost former employer.

Talking to The Channel, Riley said:

“We want to try to double the business in size over the next three to five years through a number of acquisitions and organic growth. The principal behind Neil coming in was to replicate the Computacenter model but in the SME [end-user] market”.

Riley reckons the small biz supplier sector is “fragmented” with no clear market leader. Daisy has been linked with numerous acquisition targets but refused to confirm names.

“We want to be the biggest player in that space, its quite fragmented… companies that have got to £40m, lifestyle businesses, that don’t get to a bigger scale”.

Daisy started life in 2001 as Daisy Communications, and made 22 acquisition before it merged with web hosting and network provider Vialtus in 2009, before reversing into Freedom4 and listing on AIM.

Since then, the company completed another 24 buys including 2e2’s data centres, Indecs Computer Services, MoCo Holdings and The Net Crowd.

In the last full year numbers to March 2014, Daisy turned over slightly more than £350m, but is investment mode and reported an operating loss of £17.8m.

The company has a business comms arm, a raft of services including hosting, managed and cloud, a partner services arm, and resells a raft of tech including data, security and hardware. ®