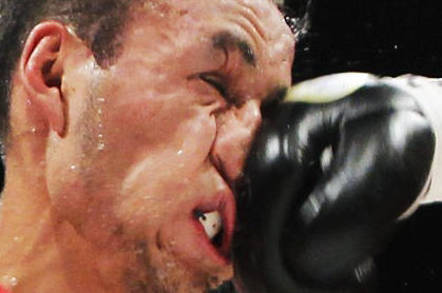 AMD emerged from a bloody fourth quarter of its fiscal 2014 on Tuesday, reporting revenues down and profits sapped by painful one-time accounting charges.

The chipmaker's total revenues for the three months ending on December 27, 2014 were US$1.24bn, a 22 per cent year-on-year decline. And the figure for the full year was better, but only just, with total revenues gaining 4 per cent to reach $5.51bn.

That quarterly revenue figure matched Wall Street's expectations, but believe it or not, AMD's earnings missed estimates – even though the analysts were only hoping to see a penny per diluted share. The firm's reported earnings for the quarter were completely flat.

Plenty of the losses were due to various accounting charges the company was forced to take in the quarter, but that doesn't mean the numbers didn't sting.

Foremost among these one-time costs was a $233m "goodwill impairment" charge, related mostly to the precipitous decline in AMD's share price in recent months. The firm also had to write down another $71m related to restructuring costs after trimming some 7 per cent of its workforce.

More concerning, however, was a $58m charge for a "lower of cost or market inventory adjustment" – meaning AMD fabbed more chips than it could sell, and now it's left holding the bag as the market value of that older, unsold inventory bleeds away.

And accounting costs don't make up for the fact that AMD's business is simply down from a year ago. Sales for the Computing and Graphics division – which makes CPUs, GPUs, and other chips for PCs, laptops, and mobile devices – were down 25.5 per cent from Q4 of 2013, while sales for the Enterprise, Embedded, and Semi-Custom group were down 17.5 per cent, year-on-year.

But it wasn't all bad news. While full-year revenues for the Computing and Graphics business were down 15.8 per cent to $3.13bn, annual revenues for the Enterprise, Embedded, and Semi-Custom business climbed to $2.37bn, a whopping 50.5 per cent gain.

"We continue to address channel headwinds in the Computing and Graphics segment and are taking steps to return it to a healthy trajectory beginning in the second quarter of 2015," AMD CEO Lisa Su said in a canned statement.

Investors were not much impressed, however, and they sent AMD's share price down nearly 6.3 per cent on the news. ®