Because dancing on corpses is for the cool kids 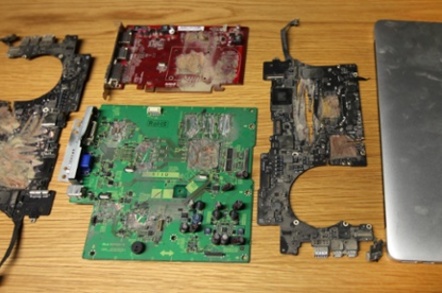 Opinion As various unsavoury characters scrabble to grab the limelight after the Charlie Hebdo mass murders in Paris, the British government is using the atrocities to justify yet more intrusive snooping powers to use against ordinary people.

The Home Secretary told Parliament that because the French authorities might have used communications data, Brits should roll over and accept her Snoopers' Charter.

It is too soon to say for certain, but it is highly probable that communications data were used in the Paris attacks to locate the suspects and establish the links between the two attacks. Quite simply, if we want the police and the security services to protect the public and save lives, they need this capability.

But the Home Sec fails to make a clear case for legalising the domestic spying activities of GCHQ – which, lest we forget, is actively aided and abetted by the ex-Cable & Wireless division of Vodafone.

She doesn't stop at raising a theoretical question as if it was proven fact. May wants the entire country to believe that it's impossible to investigate and prosecute crime without the ability to snoop on each and every one of us, without prior suspicion, and to retrospectively rifle through our digital communication history in the hope of finding something to pin on you. Everyone's guilty of something, after all.

Every day that passes without the proposals in the Communications Data Bill, the capabilities of the people who keep us safe diminishes. And as those capabilities diminish, more people find themselves in danger and – yes – crimes will go unpunished and innocent lives put at risk.

Riddle me this, May. Given that France not only operates a PRISM-like dragnet surveillance operation, but had the Charlie Hebdo murderers under surveillance until six months before the slaughter of the magazine's cartoonists, would any of these new measures help stop terrorists in Blighty?

The ability to intercept live communications data from criminal suspects, subject to judicial authorisation and oversight within a regime able to withdraw permission and refuse access is an important tool for police forces. Being able to pore through the communications data of thousands of people on the off-chance you might find something incriminating smacks more of voyeurism than crime-fighting. It is the method favoured by regimes with dark secrets to hide and a vested interest in hunting down those who would unveil those secrets.

We are not at that stage in Blighty; we don't need to copy the methods of those we spent most of the 20th Century fighting against. You cannot save freedom by destroying it.

Consider what happens when police constables do get hold of communications data. In a carefully placed bit of PR featured in the Guardian, Assistant Chief Constable Richard Berry of Gloucestershire Police goes into detail about a recent case:

Detectives became aware of mass access to child abuse imagery. Illegal material had been stored on the servers of an organisation without its knowledge, from which it could presumably be downloaded by anyone who knew where to look.

Investigators found the images had been accessed from 330,000 confirmed IP addresses around the world, of which about 27,000 were traced to the UK. Using the comms data they had obtained under RipaA powers, Gloucestershire police located some of those IP addresses and executed search warrants at people’s homes. They seized computer equipment for examination.

To their surprise, detectives found no illegal images had been downloaded to individual computers. The IP addresses belonged not to the computers but to routers – the hub in your home that connects your device to the internet – which had been hacked using a botnet [sic]. So the suspected offenders whose computers had been seized were entirely innocent.

ACC Berry added, “We could have been more proactive and heavy handed.”

As our own computer crime expert made clear here on El Reg, there is nothing quiet about being arrested on suspicion of child abuse image-related offences.

The implication here is clear; even when they're handed the information they want, the police are unable to make appropriate use of it, resorting instead to mass arrests and only examining the details later.

Indeed, with the Charlie Hebdo murderers having been under surveillance that was later discontinued, it seems that we are seeing the rise of Big Brother states which cannot cope with the volumes of information they greedily seek access to. Throwing more powers at people who can't handle what they've already got would be to reinforce failure.

If May and Prime Minister David Cameron were serious about defending Britain against terrorism we'd see the intelligence services reconfigured to deliver intercept products that are admissible as evidence in court. We'd see greater numbers of suspects arrested, charged and convicted in a public arena where every stage of the process was open to public scrutiny; these are the values that terrorists seek to destroy by attacking us. As Conservative MEP Daniel Hannan brilliantly points out, terrorism is crime, not a holy war or something that should be elevated beyond the status of ordinary criminals who kill and injure in pursuit of their warped aims.

No judicial oversight – just spooks rifling through your emails, social media posts, non-public conversations and cloud storage, on the blanket say-so of a politician. In other words, a system wide open to abuse by people who deliberately place themselves above the reach of the law.

While Cameron makes a fool of himself in front of the world by proposing a ban on encryption – and gets snubbed by U.S. President Barack Obama for doing so – Britain's ruling Conservative Party will struggle to make its fundamentally flawed case for greater state spying on the population. Let's hope the Tories see sense before the General Election. ®