'Yeah, I'm like, SO backing Microsoft over Google, YAH'

Plus: You pay attention to road traffic laws while playing GTA? Really? 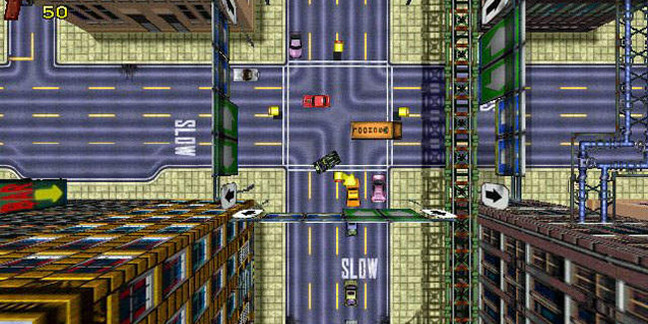 CoTW A close runner-up – but still no cigar – was commentard Pat Att, who, on the news that Google was funding the printing of millions of copies of Charlie Hebdo, came out and said:

And well done The Register for showing the Charlie Hebdo covers.

Driving onwards, an Anonymous Coward popped up to tell us Brits something silly, after reading some fairly tame comments on our look back at the original Grand Theft Auto games:

You're aware that most countries drive on the right hand side of the road rather than the left hand side (UK), right?

Silver-badged commentard Lost all faith posted this, on reading the news that Microsoft was a little peeved at Google spaffing the news about a critical zero-day vuln in Windows all over t'interweb:

I understand the point where vendors are not releasing patches and MS have form in this, as do many others, but this one is them being a bunch of pricks. Vendor has stated a release date for fix, asked not to disclose until release is scheduled and they still act like a bunch of spoilt brats going well we sya we're going to do it, so nah, nah na naa nah.

This has FUCK ALL to do with protecting the customers and working with vendors,it's simply a cheap, commercial shot aimed at there biggest rival.

Yes down vote Google lovers (no doubt many are busy typing away in defence now), but this is nothing but a stupid move that benefits no one other than their own over inflated ego's.

This prompted much back-and-forth thumping of the upvote and downvote buttons – not to mention much furious discussion underneath it – giving us no other option than to award Lost all faith this week's Golden Vulture Dropping of Excellence. Congratulamationisms!

And the Wooden Twig of Fail

Going back to the Charlie Hebdo cartoon controversy, an Anonymous Coward thought this was an intelligent thing to say:

120 of you thought this was a stupid thing to say so, as the worst comment received this week, we're happy to honour it with the Wooden Twig of Fail. Go forth and ponder upon your sins, AC.

Hands up who wants to listen to Google blather on about cloud stuff? OK, a few of you. How about for nine weeks?