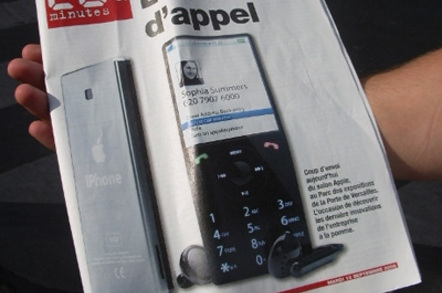 Several prominent ‪French news websites‬ fell off the web on Friday for several hours in what's looking like a technical failure rather than a denial-of-service attack. It was, at first, assumed Islamist miscreants had attacked the sites, lashing out in anger at press coverage of the C‪harlie Hebdo‬ killings.

After its return, L'Express blamed as yet undetermined technical problem at Oxalide, the web hosting biz shared by the affected organisations and news websites.

By lunchtime, after normality had been restored, Oxalide ruled out a distributed denial-of-service attack as possible a cause of the outages. "The first facts in our possession allow us to rule out a DDoS external attack," Oxalide's official Twitter account tweeted.

The exact cause of the problem thus remains unclear.

A malicious attack was initially suspected after scumbags claiming to be cyber-jihadists defaced randomly selected, and mostly low profile, French websites in response to threats by Anonymous to blitz jihadist websites to avenge those slain in last week's terrorist attack in Paris: journalists, police officers, a visitor at the offices of satirical magazine ‪Charlie Hebdo, ‬and shoppers in a Jewish supermarket in the capital, were killed by gunmen.

Attacks on French media outlets would signal a dramatic escalation the tit-for-tat attacks between online activists, as well as evidence of far greater capability on the jihadist side than previously imagined.

Freedom of speech, enshrined in French values and its constitution, lies at the heart of the C‪harlie Hebdo‬ affair, a key reason why more than a million people marched through the centre of Paris last Sunday. An attack on several French media outlets that left their websites inaccessible would be politically and culturally significant and not just a run-of-mill cyber-attack.

But earlier reports by The Independent (here) and others that "France’s biggest newspapers have been taken offline following the 'unprecedented' hacking of French websites" are well wide of the mark, thankfully. ®