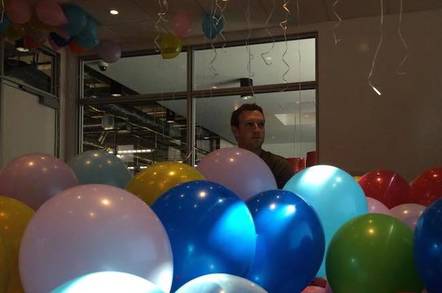 A Toronto, Canada-based design firm has closed its doors after Facebook poached the boutique outfit's partners.

On Friday, Teehan+Lax's bosses waved goodbye to their old offices – where it's understood they had employed around 40 staff – when they confirmed the move to San Francisco to work at the Mark Zuckerberg-run free-content ad network.

Geoff Teehan, John Lax and David Gillis explained their decision in a lengthy blog post that buried the bad news (at least, that is, for some of the design company's employees) at the bottom of their statement.

However, the trio did not reveal what work they would specifically be doing for Facebook.

Teehan+Lax, which was established in 2002, designed various online news products including Medium, Readability and Canadian newspaper Globe and Mail's website.

It's possible, then, that the company's design talent has been scooped up by Zuckerberg to re-work Facebook's News Feed.

We talked a lot about what we wanted from our professional lives. After 12 years, we needed to take stock and ask ourselves: what were the challenges we saw ourselves working on for the foreseeable future?

We also needed to consider the impact on the people who work with us. If the company wasn’t realising its potential, employee growth would begin to stagnate. Could another company give our co-worker’s greater professional and economic opportunities than we could on our own?

The dissolved company's founders spoke only briefly about the potential of employees from Teehan+Lax joining the designers at Facebook, but it's unclear if any of the staffers will disrupt their home lives in Toronto in favour of a job in San Francisco. ®