US and UK declare red-team cyber war – on each other

Better to have friends than be strong 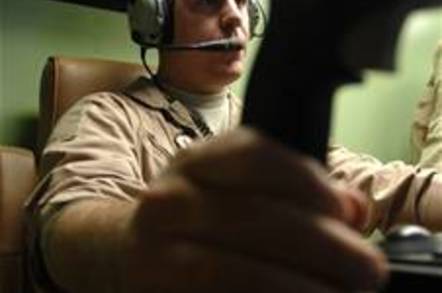 The US and the UK are planning a series of joint war games involving cyber-warriors from either side attacking each other in a bid to expose security weaknesses before they are abused by criminal hackers or hostile governments.

The exercises, which will initially test the security defences and procedures at banks on Wall Street and the Square Mile, are an extension of existing bilateral ties and critical national infrastructure resilience programs. The scheme will see GCHQ squaring up against the National Security Agency and the FBI in a rolling program of cyber war exercises due to begin later this year.

Closer co-operation to improve cybersecurity in key sector on both sides of the Atlantic coincides with increased concerns about the impact of hacking attacks in the wake of the devastating attack against Sony Pictures, which the US government blames on North Korea. Although the Sony hack has dominated security headlines for weeks the greater threat to business arguably comes from state-sponsored hackers stealing trade secrets using custom malware and phishing, a class of threat often blamed on China. Criminal gangs, foreign intelligence services in Russia and elsewhere and Islamist hacktivists spreading propaganda and worse also pose a threat to US and UK business and government.

President Barack Obama and Prime Minister David Cameron are due to announce more details on the cyber war exercises, as well as planning information-sharing cyber-calls on each side on the Atlantic, later on Friday.

"This is about pooling our effort so we stay one step ahead of those who seek to attack us," Cameron said ahead of the official announcement, US armed forces paper Stars and Stripes reports. Cameron talks cyber with the BBC political editor Nick Robinson in a video interview here. ®