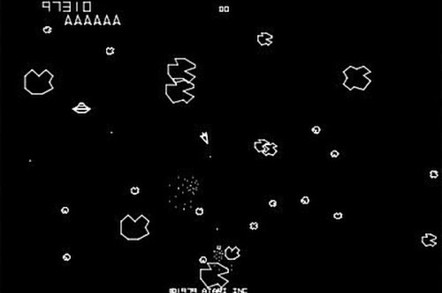 In December 2013, NASA re-activated the Near-Earth Object Wide-field Survey Explorer (NEOWISE) and in the twelve months since the project discovered three new comets and 40 previously-unknown near-earth objects, eight of which have Earth-bonking potential.

NEOWISE started life in 2009 as WISE – the Wide-field Infrared Survey Explorer. But in 2010 its infrared telescope ran out of hydrogen used as coolant, so the mission was placed in hibernation. Spacecraft designers are clever folk, so WISE carried sensors that didn't need coolant and those were fired up in 2011 for another go under the NEOWISE name.

In 2013 funding arrived for further exploration, this time focussed on hazardous objects and space rocks that might one day be captured for transport closer to Earth.

NASA's today released the top-line results of those efforts, illustrated by the video below.

NEOWISE isn't the only near-earth object-spotting effort: lots of scopes around the world keep an eye out for low-flying rocks, and their efforts are recorded by the Minor Planet Centre on its Danger List. 93 newly-spotted objects made the list during 2014, a handful more than the previous year.

Objects earn their place on the list if their orbits pass within about 7.5 million kilometres of Earth's and they boast a diameter of 110 metres or more. We know of 1,534 such objects, including one spotted this year.

NEOWISE's mission continues: it's currently about 15 per cent of the way through its third a scan of the skies, and data from the 2011 mission is still being analysed. ®