Cracking code was never like Blackhat in my day 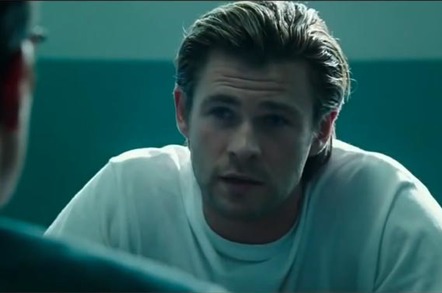 A lot of exciting things are happening online right now. Eye-boggling blocks of code are presently being distilled into art, pornography and weapons of war, and making that distillation look exciting on film would be a challenge for film-makers who thoroughly understood the world of IT.

And, if we’ve learned anything from the recent Sony Studios debacle, and a dozen other Hollywood data haemorrhages, it’s that movie people are as blithely, blissfully uninformed about computers as government ministers, captains of industry, and your nan.

This is probably why most films that feature “hackers” involve an awful lot of very loud, very fast, typing.

And that, regrettably, is about the most realistic aspect of hackers in the movies. As brand new “super hacker” movie Blackhat hits our cinemas on 15 January, let’s browse the history of cyber-punks in cinema.

The movies started fearing TV almost as soon as it was invented. For example, 1935’s Murder by Television was a particularly subtle example of that. In 2015, the movies fear the internet, and Blackhat is the latest version of that.

It’s based on the premise that data intrusion can blow up nuclear power stations and such, and to be fair that isn’t entirely impossible. An as yet unnamed German steel mill was sabotaged via a phishing attack which compromised essential systems last year. And there’s the worm Stuxnet of course.

But it would be a lucky cyberpunk indeed who happened upon a nuclear facility where the IT manager had been careless enough to provide a connection between the public internet and mission-critical systems. Or maybe not. Everybody makes mistakes.

Luckily for all concerned the hero of Blackhat is Chris “Thor” Hemsworth, who is as familiar with the gym as the server room. Whatever doesn’t get solved with typing gets solved with gunplay and good old-fashioned punches to the head. 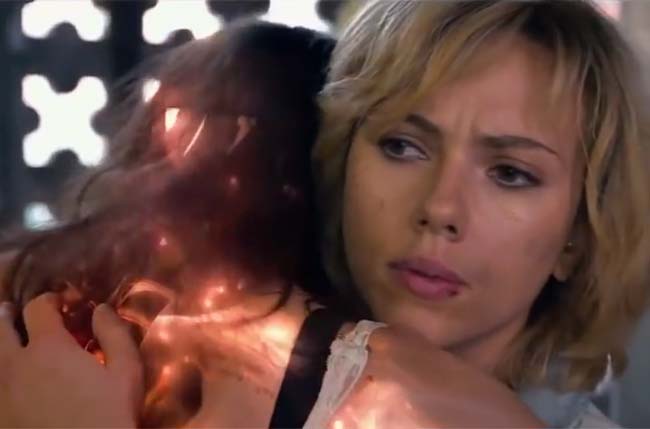 Er, unused 90 per cent... hang on, isn't that COMPLETE BULLCRAP?

Scarlett Johansson’s loopy sci-fi actioner isn’t about hacking in the conventional sense. It’s more about “hacking” the human body by dint of an overdose of smart drugs accessing the mythical "unused 90 per cent" of the brain.

But Lucy is noteworthy for one of the best “hacker typing” scenes of recent history, where ScarJo is touch-typing at speeds in excess of 170 wpm on two laptops at once like a mad hybrid of Mavis Beacon and Rick Wakeman. On an aeroplane. Just marvellous.

Few moviegoers have first-hand experience of data intrusion, so it’s not such a big deal if certain dramatic liberties are taken with the presentation of such things, as per Sex Tape. But Apple’s iCloud boasts in excess of 320m users. To base an entire script on a wilful misunderstanding of the way it works is little short of outrageous.

If you haven’t seen the 2014 Cameron Diaz and Jason Segal “comedy” first of all, lucky you, but secondly, let me tell you what happens. A jaded married couple video a three-hour sex session on their iPad. Presumably a new 128GB model without much else on it yet. Said video syncs to iCloud overnight, and then squirts itself down onto the iPads of numerous friends, relations, and passing tradesmen that the jaded couple have generously given iPads to. Yeah, with the jaded couple’s iCloud account still set up on it.

This precipitates a madcap series of mini-heists as the still jaded couple try to retrieve the actual iPads in question. Rather than, say, deleting the file and re-syncing. Or overwriting the file with an innocuous (hopefully shorter) dummy video. Or a zillion other things. Reader, I walked out of this one.

Next page: Where would we be without the Magic USB stick
Page:
Tips and corrections
94 Comments