Swiss boffins working at the Paul Scherrer Institute have explained a mechanism allowing magnetic bits to be switched using lasers, and have turned up an accidental nano-scale Batman logo.

The boffins, as part of an international team with collaborators in Germany, the Netherlands and Japan, reckon their work could let storage writes happen in around 100 picoseconds, while at the same time shrinking storage media.

In the abstract of their paper at Nature Communications, the researchers say that with the right nano-structure on the surface of their medium, even an unfocussed laser can achieve high-speed nanoscale magnetic switching.

The surface is uses a GdFeCo (gadolinium-iron-cobalt) material arranged as squares between 0.2 micron and 1 micron, with the magnetic direction of the squares reversed by the laser.

In previous work, the research team had come close to laser-driven switching of magnetic states.

In the new experiment, they not only achieved complete magnetic transition, but have captured observations of the phenomenon at work, using the Swiss Light Source at the institute to take X-ray snapshots of the process taking place. 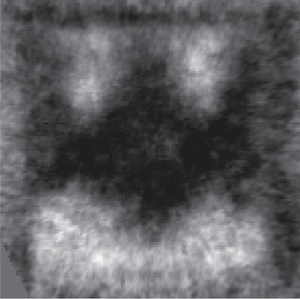 The 70 ns snapshots revealed that rather than the laser changing all of the squares it illuminated, sub-structures formed in the squares.

There was also an odd artefact in images with a side-length of five microns: what looked like a black Batman logo appeared on a white background.

This, the researchers say, was a consequence of diffraction and interference of the laser light: “More laser light was absorbed in some areas of the squares than others, which is why the magnetic switching only took place there”, the PSI's release says.

That diffraction/interference pattern suggests a further development, because it means not only can each magnet be used as a bit, individually readable and writable – a magnet could also be used as part of a bit. Different magnet shapes could also deliver better speed or density, the researchers reckon.

While the scale of this experiment doesn't begin to challenge the nanometre-scale bit size at the leading edge of hard drive technology, the researchers are confident they can shrink their structure. ®

Analysis Big thumbs up to Internet Archive for now