Ross Ulbricht trial Day One: 'I DID invent Silk Road ... but I'm innocent' 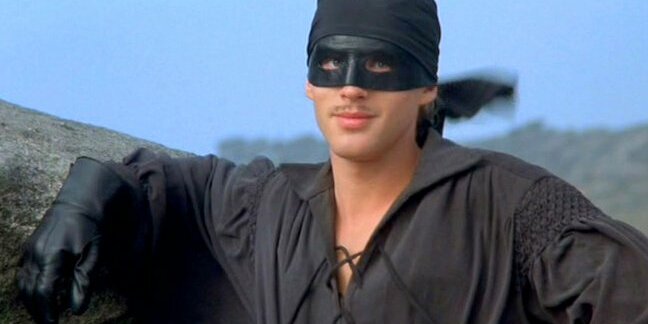 During the first day of the trial of Ross William Ulbricht on Tuesday, a lawyer representing the accused Silk Road mastermind once again proclaimed his client's innocence of all charges against him.

Attorney Joshua Dratel said that although Ulbricht "did invent Silk Road" – the first time either Dratel or Ulbricht has ever acknowledged this claim – he was not involved in any criminal activity.

Dratel further reiterated that despite his involvement with creating what became the world's most infamous online drugs souk, Ulbricht was not the person behind the "Dread Pirate Roberts" pseudonym.

Ulbricht handed over management of the Silk Road to other, unnamed individuals "after a few months," Dratel said, and that if any drugs trafficking or other illegal activities happened on the site after that time, it had nothing to do with Ulbricht.

Rather, Dratel said, Ulbricht was "left holding the bag" by these unknown parties when they realized that law enforcement was closing in on them.

As for Ulbricht's eventual arrest in a San Francisco public library in October 2013, Dratel said it was all a setup, where Ulbricht had been tricked into being "in that library that day to take the fall for the people operating the website."

Assistant US Attorney Timothy Howard, on the other hand, argued that this was all nonsense and that Ulbricht had been "caught red handed." At the time of his arrest, Howard said, Ulbricht was actively communicating online as Dread Pirate Roberts with a member of Silk Road's support staff – who just happened to be an undercover FBI agent.

In his current trial, Ulbricht faces four narcotics charges and one charge each of computer hacking, trafficking in fraudulent documents, and money laundering conspiracy. Prosecutors are expected to present a variety of evidence to support the charges, much of it in the form of testimony from undercover agents who participated in the Silk Road sting.

The government's more serious accusations – that Ulbricht arranged the murders-for-hire of as many as six people – will wait until a later trial to commence in Baltimore, Maryland, once the New York trial concludes. But prosecutors will be able to submit details of those alleged contract killings as evidence in the current trial, despite Dratel's objections.

Ulbricht, who has been held without bail in New York since his arrest, appeared in court on Monday dressed a dark blue blazer and tan slacks, looking optimistic. Also present in the courtroom were his parents, including his mother Lyn, who reportedly will appear in a forthcoming documentary about Ulbricht and Silk Road called Deep Web.

Outside the courtroom, around a dozen protesters gathered, some carrying signs bearing such slogans as "Web hosting is not a crime. WTF?" and "30 years for an honest website?"

According to the Wall Street Journal, during the morning jury selection procedure, several prospective jurors told Judge Katherine Forrest that the protesters had handed them flyers urging them to practice "jury nullification" – that is, to find Ulbricht innocent on moral grounds, even if the evidence the government presented was sufficient to support his conviction.

Judge Forrest cautioned jurors not to look at such flyers until either they were dismissed or the trial concluded, whichever came later. She also said she would consider keeping jurors' names anonymous to protect them, should the protests continue.

The protests did not please Dratel, either, who told the Associated Press, "People think they're helping the defense by being out there. They're not."

Tuesday's pool of prospective jurors included around 90 people, Judge Forrest said, from which twelve jurors and four alternates were ultimately selected. Prior to Tuesday's proceedings, around 92 potential jurors were dismissed based on their answers to a written questionnaire.

In the coming days, prosecutors are expected to call at least 11 witnesses to testify, including undercover agents, cybersecurity experts, a former Silk Road administrator who went by the handle "Inigo" and was himself arrested on charges related to the site, and a college friend of Ulbricht's in whom he allegedly confided his plans for Silk Road. ®