But oh how we love it

Antique Code Show Suddenly PC owners are playing catch-up with the console gamers. PC gamers have now been waiting over a year for one of gaming’s biggest and most controversial titles GTA V. I could have splashed out on the PS4 version but would prefer to wait and play it using my two new crossfired Vapor–X R9 290s. Amid rumours that I might have to wait even longer for some 60fps 4K carjacking, it’s worth taking a look at the title that started it all. 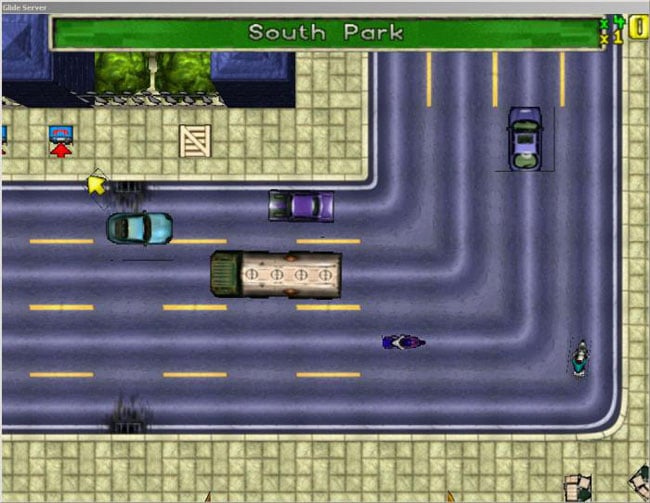 South Park of a rather different character, but 2D all the same

Visually, Grand Theft Auto 1997 – with its crude graphics, rough pixels and top-down 2D camera – definitely looks like it's getting on for 20 years old. But its roughness didn’t stop it and its descendants becoming tremendously popular, taking the gaming world by storm. Why has the GTA franchise been so successful? Being a bad-ass never gets old.

There’s no build-up or back story to Grand Theft Auto, just a sense of threat. Standing on the street, I’m told I can find some work from the phones at the south end of the park. Boom! The open world unravels, car horns bleat and traffic roars past, strangers jostle and swear at me. Ahhh, I feel right at home.

This is what made GTA different from any game that had come before; the game seemed focused on you. Freedom and player choice were paramount and supported by a whole comical offensive open world. You could pursue your thug life. 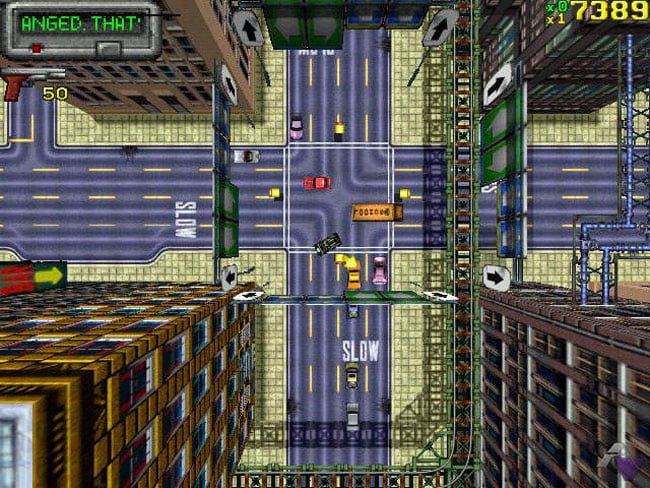 Mind the traffic... or maybe not

On the first level, missions such as being a getaway driver, picking up and respraying "hot" cars, liquidating city officials and recovering stolen cars, help you work your way towards a million points. If you manage to complete any of these chosen missions without getting arrested or dying, your score goes up. Run over a pedestrian… your score goes up. Generally wreak havoc and guess what? Your score goes up. Each level has a score that you need to hit and with no save points it’s either reach that score or die in the attempt.

Remember when people had pagers? I do – mainly due to my misspent youth. In GTA I have to pay close attention to mine to pick up any hot tips coming down the wire. Smash up crates are scattered around the city to gain weapons, armour, power-ups, extra lives and also get-out-of-jail free cards.

Finding a machine gun or flamethrower always made assassination missions a breeze. If you're lucky, you’ll hit a random crate containing a, “KILL FRENZY!” these mini, frenetic, super fun bonus missions give you unlimited ammunition and a certain amount to time to reach a score target. 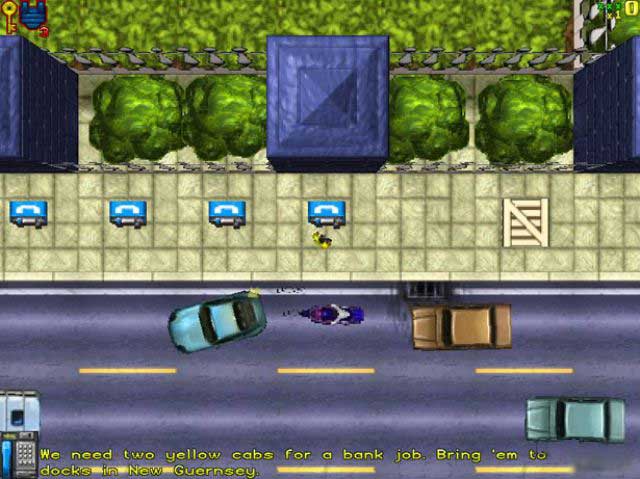 There are two levels to be played in each of the three cities – Liberty City, San Andreas and Vice City, respectively obviously modelled on New York City, San Francisco and Miami. Luckily, for my driving skills, these cities are based on grids but even so it is vital you learn your way around each neighbourhood, as no one wants to get stuck for too long in South East Hackenslash. Soon youw ill know the fastest routes and the best roads to hurtle down to access critical bridges and paintshops.