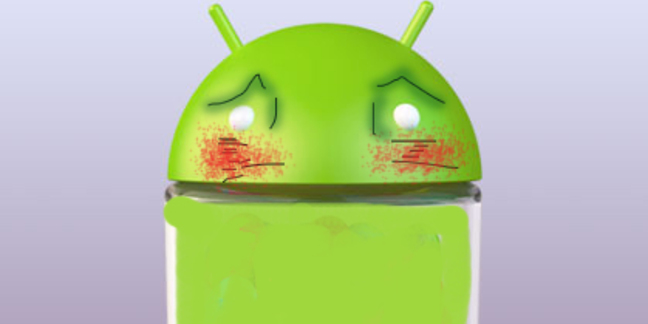 The, ahem, growth is in part down to the site removing its limit on the number of videos a day that can be viewed on a mobile. Phone-only just edged ahead of desktop at 45 per cent, with tablets taking a surprisingly low 11 per cent.

The trend to mobile is strongest in US, with 56 per cent of the smut site's users looking at it with a mobile device, 32 per cent with desktop and 12 per cent with a tablet.

The UK has the highest proportion of tablet users at 18 per cent, with 47 per cent mobile, and 35 per cent at the desktop (or laptop).

However, the shift to mobile isn’t dictated by the level of technology adoption in a country. According to Ericsson research, Stockholm is the best connected city in the world ... and yet in Sweden desktop connection is still strong at 49 per cent, while mobile is at 38 per cent and tablet at 13 per cent.

Looking at the year-on-year figures, the growth in tablet usage is surprisingly slow. The rate of switching to mobile, however, does reflect the rapid adoption of smartphones in many parts of the world.

Windows does walk away with one accolade, namely the growth over 2013 being 52.3 per cent, while iOS dropped 4.8 per cent, and BlackBerry 47.6 per cent. One for the Lumia product people to think about perhaps.

Maybe we’ll see phones sold on the basis that displays have been optimised for skin tones, and spun to make it seem a "selfie friendly" move.