US govt opens door to Google The Cellphone Network 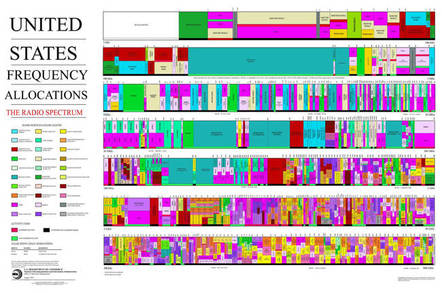 The US government has cleared the way for Google to become your next cellphone network provider – possibly without costing the company a pretty penny.

As we revealed yesterday, the advertising giant wants to use the largely open spectrum at 3.5GHz to provide high-speed mobile data connections at low cost to phones and gadgets in cities.

The main stumbling block, for Google, is getting Uncle Sam to open up the radio space in a way that would give the company exclusive access to specific frequencies without having to buy an expensive license; cellphone networks typically spend hundreds of millions of dollars on buying the rights to use the ether.

Another hurdle is that the electronics in the vast majority of today's mobes and fondleslabs can't use that 3.5GHz slot, but it is in one of the approved bands for LTE. Another problem is that 3.5GHz signals will be rather short-range, so it's only good for cities and towns where lots of small cells can be deployed.

In a release titled "Promoting Spectrum Sharing" put out on Friday, the US Department of Commerce's National Telecommunications and Information Administration (NTIA) announced that it is "to collaborate with the Federal Communications Commission (FCC) to free up critical radio spectrum to fuel the breakneck growth of the wireless broadband market," noting that the issue is "more pressing than ever, with the wild popularity of smartphones and tablets driving unprecedented commercial demand for mobile bandwidth."

But the bulk of the announcement is about the issue of "spectrum sharing" that is needed for more space to be allocated to non-government organizations. The 3.5GHz slot that Google is interested in, for example, is used by the Department of Defense.

"The future lies in sharing spectrum," says the NTIA, "across government agencies and commercial services, and across time, geography and other dimensions in the future."

On the key 3.5GHz band, the release notes: "We are collaborating with the FCC to explore the possibility of making 100MHz of spectrum available for shared small cell use in the 3.5GHz band currently used primarily for military radar systems. This could be an important pivot point toward a new sharing paradigm."

Which in plain English means: by the end of next year Google may offer you an unlimited data plan on your cellphone for much less than what you are currently paying – assuming Google can lay its hands on the frequencies it wants for free or a price it's willing to pay. It will have to reach into its deep pockets if someone else shows an interest; so far there's no mention of payment, but the FCC has said an auction will be held if more than one outfit wants exclusive rights to a frequency slot.

The announcement also notes that the government is looking at "the feasibility of increased sharing by unlicensed devices in the 5GHz band. And we are working with federal agencies to assess their spectrum usage in five bands accounting for 960MHz to prioritize bands for detailed sharing feasibility studies." ®