Will hottest CES gadgets be HOT TARGETS for hackers? 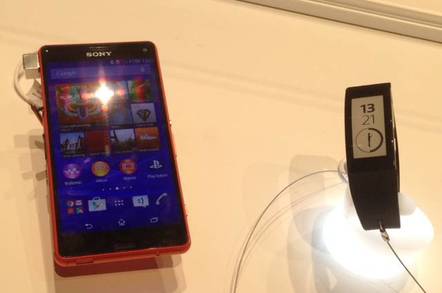 This year, more than any other, personal technology dominated the conversation at consumer electronics shindig CES.

Wearable and mobile technology was showcased at the expo, and many vendors touted the width and breadth of data collected and managed by these devices,

What, then, is going to keep hackers from lifting all that data and using it for their own ends?

Many of the devices shown at this year's conference increasingly probe personal information about their users send it to other devices, networks and platforms. Even more of a risk, mobile devices are not only pulling user information, but also trafficking in payments, both online and via NFC.

Not many of the companies flogging those devices were particularly interested in giving that answer on the show floor. Touting the sexy designs and laundry list of features was more important than assuring customers that they weren't going to get unceremoniously pwned.

In one small corner of the show, dubbed the "personal privacy" section, a few hopeful vendors were, in fact, trying to convince attendees that protecting them from fraud was just as important as guarding the device from scratches.

The section itself was, to say the least, modest. It was composed of a handful of stands that you could walk past in about 30 seconds or so, depending on traffic. It was a drop in the massive South Hall collection that was just one of three similarly enormous halls that make up the 3 million square-foot Las Vegas Convention Center.

For the companies who populate the section, however, merely being acknowledged at CES is a step in the right direction.

"That CES is opening a section just for personal privacy shows that the industry as a whole needs to look more into it," said Aaron Zar, CEO of radio-blocking firm Silent Pocket.

Zar co-founded the company with his father in 2008, producing pockets, bags and wallets lined with materials to block outside equipment from accessing RF-enabled devices. Since then, he has seen mobile devices grow more sophisticated and, in the process, potentially leave more information exposed to attackers.

"There are a lot of positive aspects, but you have to keep control of it as well."

Bojan Simic is the chief technology officer for HyperKey, a company that produces mobile payment hardware with biometric security. He noted that even though data such as personal health details may not be huge fraud targets, it is nonetheless not be something one wants to make public.

"It can be difficult to say what data is valuable and what it not," he told El Reg.

"All that data has to be protected."

Simic has noted major improvements in the focus on mobile and payment security as of late. He credits the heightened awareness following the Target retail breach and soaring interest thanks to Apple Pay in helping to bring more light to the field.

"Just from three or four years ago, the amount of people interested in security has gone up immesely," he notes.

Securing that data amidst the flood of new mobile systems and wearable devices, however, will not be easy. And it is almost certainly going to require more than one small corner in the Las Vegas Convention Center to accomplish. ®