Oh, BTW, please take our fixed line and broadband too 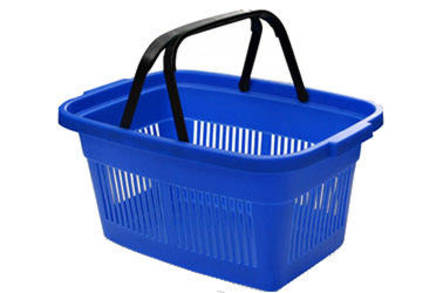 Scandal-smacked Tesco has offloaded loss-making video-on-demand service blinkbox movies along with its fixed line voice and broadband biz to TalkTalk for an undisclosed cash fee.

Negotiations between the pair came to light at the end of last year, and this morning TalkTalk said the buy would speed up “key initiatives” it was already working on, including a TV app for punters to access paid-for content.

The integration of blinkbox into TalkTalk’s existing TV business will begin immediately, “with the benefits of restructuring the combined platform and revenue synergies expected to flow from the end of calendar 2015”.

Adrian Letts, blink box CEO and co-founder, will move across as MD for TV, reporting to Tristia Harrison, boss of the consumer division.

As part of the deal, TalkTalk has also acquired Tesco’s installed base of approximately 75,000 broadband and 20,000 voice “households”, which can expect to transfer to the telco’s network over the coming months.

With Tesco overstating profits by £250m in the first half of calendar year 2014, the retailer is going to back to its roots, and taking profitless blinkbox off the books is one step in that direction.

The results were not included in Tesco’s Annual Report, though it had vowed to include them in future periods.

At the time, blinkbox said the financials reflected “continued investment... in the development of its customer offering”.

The company was co-founded by Letts and Michael Comish in 2006 and in 2011 Tesco bought an 80 per cent stake from Eden Ventures and Nordic Venture Partners.

Dido Harding, CEO at TalkTalk, said in a statement that she is excited… which is nice. ®