So much more civilized than shooting satirists 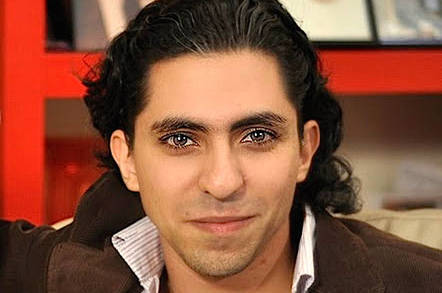 Updated After Friday prayers at the Al-Jafali mosque in the Saudi Arabian city of Jeddah, Raif Badawi will receive the first 50 lashes of his 1,000 stroke sentence for the crime of publishing blasphemy against Islam on Facebook.

In May, Badawi, a father of three, was sentenced to five years in prison, and will receive 1,000 lashes to be administered in public over the next 20 weeks using a seven-foot bamboo cane the width of a man's little finger. His misdeed: admitting on Facebook that he is an atheist, a supporter of women's rights, and saying: "The combination of the sword and the Quran are more dangerous than a nuclear bomb."

The court also gave Badawi an additional five years in prison, fined him one million Saudi Arabian riyals (about US$266,370), and banned him from traveling abroad for ten years after release – all for the crime of setting up a website called Liberal Saudi Network, on which members of the site posted similar views.

"It is horrifying to think that such a vicious and cruel punishment should be imposed on someone who is guilty of nothing more than daring to create a public forum for discussion and peacefully exercising the right to freedom of expression."

The court order [PDF] for Badawi's case, obtained by the non-profit Center for Inquiry, accuses him of corrupting faith, criticizing the religious authorities in Saudi Arabia, and spreading sedition. This breaks Islamic scripture, specifically “sedition is far worse than murder” [Quran 2:191].

In light of the Charlie Hebdo atrocity earlier this week, you may think this is a case of bad timing by the Saudi authorities, but it's simply business as usual in the Middle Eastern monarchy – which is praised as the West's partner in The War Against Terrorism (TWAT).

In November, for example, Amnesty reports that three lawyers were sentenced to between five and eight years in prison, fined 1,25m Saudi Arabian riyals ($332,965), stripped of their licenses to practice law in the kingdom, and banned from traveling abroad for ten years after being released. Their crime was to tweet complaining that the court system had lost some of their files and that some verdicts by the Ministry of Justice were unfair.

Social network use is quite common in the Saudi kingdom, but also very risky. In 2012, the poet Hamza Kashgari fled the country after being charged with the capital offense of apostasy after tweeting an imaginary conversation between himself and Mohammed. He was arrested, then released after making an official apology.

Amnesty reports that the Saudi authorities began seriously cracking down on internet use in 2013, and security researchers have since spotted that the country flings around malware to track its critics inside and outside its borders.

In May 2013, the country's telco made the darkly hilarious mistake of trying to recruit security guru Moxie Marlinspike to create a system for monitoring encrypted social networking applications for the Saudi government. Moxie, a dreadlocked anarchist with hardcore security skills, published the transcripts of the conversations online for all to see.

It's still possible that Badawi, 30, could be spared the flogging on Friday if international pressure is brought to bear on the government. But he is just one of a long list of cases where the Saudis have used religious law to crack down on anything approaching free speech online. ®

The US State Department has issued a statement on Badawi's sentence and asked the Saudi government to show mercy.

"We are greatly concerned by reports that human rights activist Raif Badawi will start facing the inhumane punishment of a 1,000 lashes, in addition to serving a 10-year sentence in prison for exercising his rights to freedom of expression and religion," said spokesperson Jen Psaki.

"The United States Government calls on Saudi authorities to cancel this brutal punishment and to review Badawi’s case and sentence. The United States strongly opposes laws, including apostasy laws, that restrict the exercise of these freedoms, and urges all countries to uphold these rights in practice."

It remains to be seen if America's TWAT partner will heed the message.

Agence France Press reports that the first installment of Badawi's sentence was carried out this morning. ®