Pastebin: The remote backdoor server for the cheap and lazy

Web clipboard should be a mainstay of enterprise blacklists 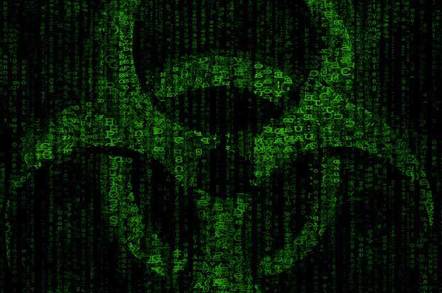 The code-sharing site was used to store code that was later tapped in attacks against websites running a vulnerable instance of the popular RevSlider plugin.

Sinegubko, a Sucuri staffer known for his whitehat malware analysis blog Unmaskparasites, said the use of Pastebin as a remote server for malcode in the many detected live attacks is common.

"Technically, the criminals used Pastebin for what it was built for – to share code snippets. The only catch is that the code is malicious, and it is used in illegal activity directly off of the Pastebin website.

"This time we see relatively massive use of Pastebin in live attacks, which is quite new to us."

The code injected the content of a Base64-encoded $temp variable into a WordPress core wp-links-opml.php file and immediately executed. The use of a wp_nonce_once parameter hid the address of malicious pastes in a bid to foil blocking efforts or deletion of pastes and also added flexibility to execute any Pastebin snippet.

It was a warning to the fellow malware-busting community to not share malcode on Pastebin as doing so could serve as a convenient server for attackers.

Pastebin worked well as it allowed crackers to download code in raw format. It was so effective that Indonesian hacker 'FathurFreaks' of Yogyakarta BlackHat had craftedthe PHP Encryptor.

Most businesses have no legitimate reason to allow access to Pastebin, according to RSA bod Kevin Fielder. In April 2013 he reported on malware that was using the clipboard to dump Base64 executables as text on the site that was then used in password stealing malware. Fielder detected the malware decoding the text inside his sandboxes.

"Bottom line is block access to Pastebin, as there is no valid enterprise use of the site that wouldn't introduce significant risk," he said at the time.

"If you can't block it, keep an eye on what is being downloaded and requested." ®