Report sought on banking records handed over to the Feds 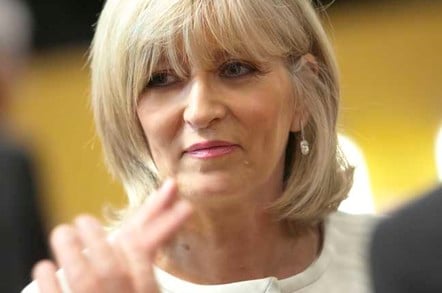 The US has blocked Europe's official ombudsman from accessing Europol documents regarding surveillance and terrorist financing – forcing the watchdog to end a probe into America's relationship with the Euro cops.

Europol is the European Union’s law enforcement agency, and the ombudsman investigates complaints of maladministration on the Continent.

Under the so-called Swift agreement, the EU shares citizens’ financial records with the US Treasury in order to help track down alleged terrorists – however there are worries that strict rules protecting privacy are being broken.

Following a complaint via an MEP in 2013 that Europol was not making enough information about the Swift program public, the European ombudsman, Emily O'Reilly, decided to investigate. However despite her watchdog role, she too was denied access to documents – specifically an official report examining whether requests from the US are “proportionate and necessary.”

Europol said the disclosure of that inspection report, dated March 2012, was not possible as the US refused to give the necessary consent to release it. (The cops' supervisory body publishes summaries of these inspections on its website.)

The Terrorist Finance Tracking Program (the formal name for the Swift agreement) has been in force since August 2010. Europol must weigh up requests for information from the Feds against Europeans' data protection rights, and it is overseen by a joint supervisory body. It was this body’s report on Europol's info-handover that O'Reilly was prevented from examining.

“We have not inspected the document, and so can make no assessment as to whether it should or should not be released, or indeed whether parts of it should be released. It may well be the case that it contains sensitive data from the US and so should not be released - but we have no way of knowing without sight of the report,” she told the European Parliament’s civil liberties committee on Thursday.

“I should also point out that the purpose of the report is to check that the agreement fully respects the rights of EU citizens. For the first time in its 20-year history, the European ombudsman was denied its right under statute to inspect an EU institution document, even under the guarantee of full confidentiality," she added.

“Our inquiry has now been closed. We have been unable to exercise our democratic powers.” ®