Gaze on the awesome Eagle nebula while it's still there 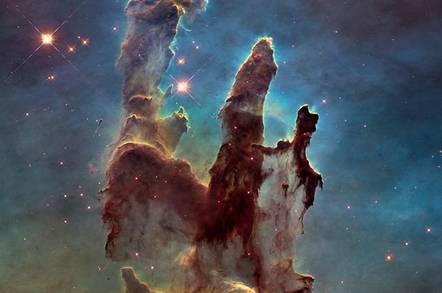 Pics Nearly 20 years ago, the Hubble space telescope took one of its most iconic pictures – the Pillars of Creation. Now a new image has been taken, showing how the star nursery has changed in the last two decades. 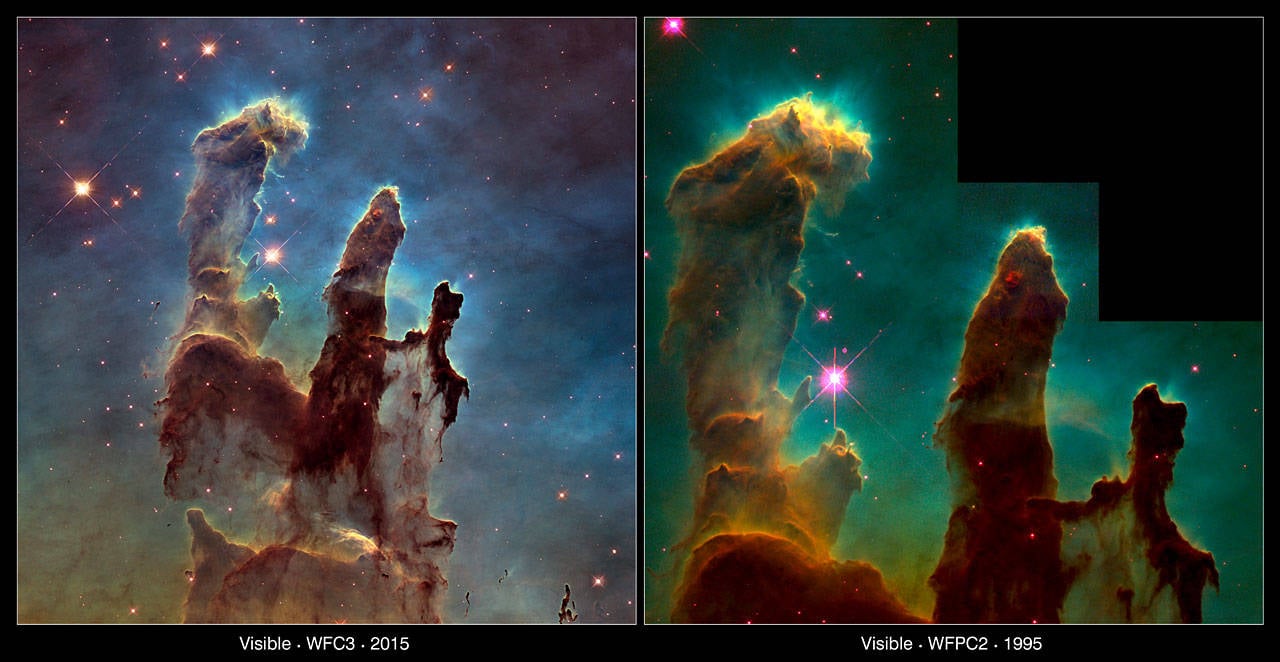 What a difference a couple of decades makes (click to enlarge)

The image, presented at the 255th meeting of the American Astronomical Society conference in Seattle, shows three massive columns of gas and dust in the Eagle Nebula, about 6,500 light years from Earth. A comparison with the earlier photograph shows a cosmic jet that has shot out over 60 billion miles from their original position.

"I'm impressed by how transitory these structures are. They are actively being ablated away before our very eyes," explained Paul Scowen of Arizona State University in Tempe, who, with fellow astronomer Jeff Hester, made the original Hubble observations of the Eagle Nebula. 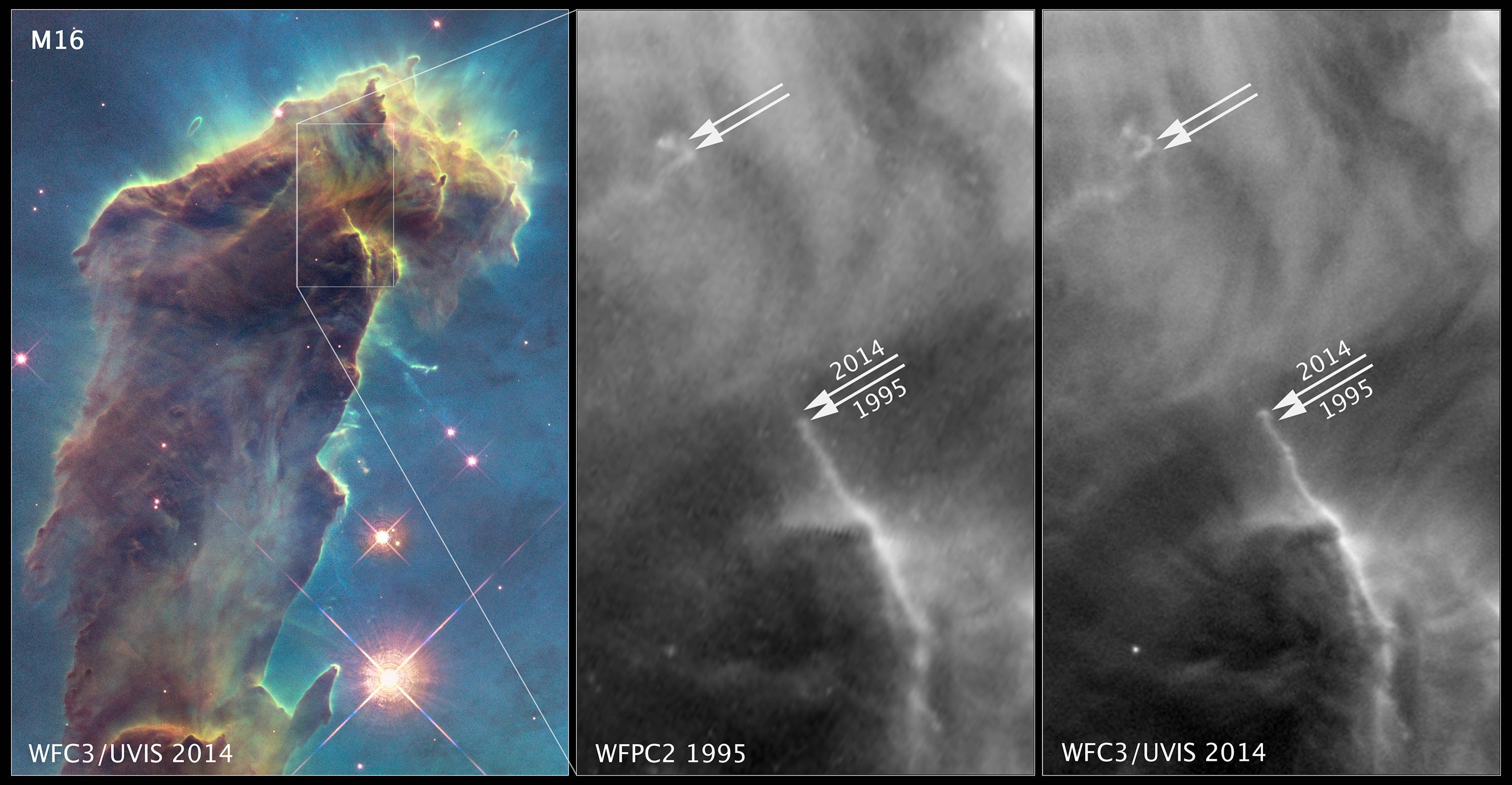 Surprisingly rapid evolution within the nebula (click to enlarge)

"The ghostly bluish haze around the dense edges of the pillars is material getting heated up and evaporating away into space. We have caught these pillars at a very unique and short-lived moment in their evolution."

The new image is considerably sharper than the old picture, thanks in part to the Hubble getting an upgrade. In addition, the telescope took an infrared image that allows the viewer to see stars being formed in the pillars themselves, eroding the structures from within as they capture more stellar material. 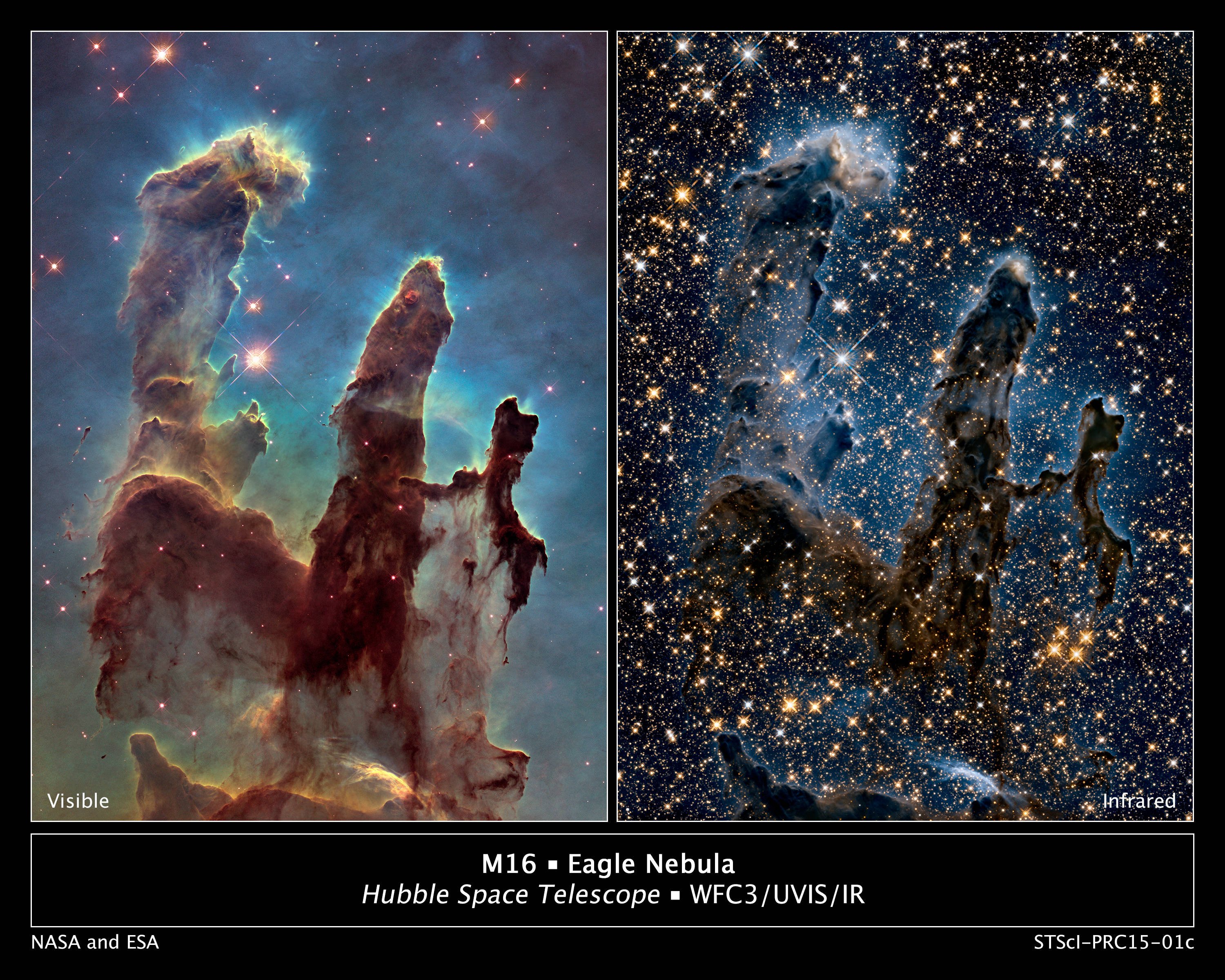 "These pillars represent a very dynamic, active process. The gas is not being passively heated up and gently wafting away into space," Scowen said.

"The gaseous pillars are actually getting ionized (a process by which electrons are stripped off of atoms) and heated up by radiation from the massive stars. And then they are being eroded by the stars' strong winds (barrage of charged particles), which are sandblasting away the tops of these pillars."

However, scientists believe we will have limited time to view these wonders of creation, and it seems likely that they have already been blown apart by a nearby supernova.

According to data from the infrared Spitzer telescope detected a supernova about 2,000 light years away from the Eagle Nebula and astronomers have predicted that when the shockwave hit the pillars it would have blown them apart.

Given the distances involved that would already have happened, but we won't see it until the light from the event reaches Earth sometime in the next millennium. ®