NoSQL pioneer to inject your database with ACID 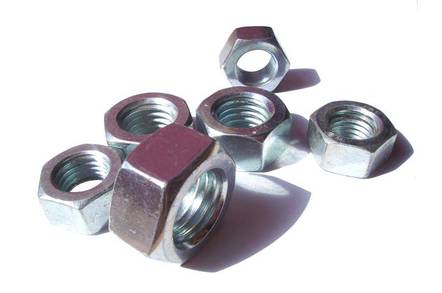 FoundationDB, the ACID-compliant NoSQL specialist, is working on a document database.

The firm already has a prototype that’s in the hands of early customers with plans to go public in 2015, The Register has learned.

The move follows delivery of an ACID-compliant graph database for use with FoundationDB’s existing NoSQL engine.

The document database, like FoundationDB’s graph store, would run on top of the company’s recently upgraded key-value store engine. If it is successful, FoundationDB could succeed in throwing up another bridge between the once-separate worlds of NoSQL and relational databases.

A successful FoundationDB document store would see the six-year-old company potentially compete with NoSQL through offerings like MongoDB. It could also see Foundation’s underlying NoSQL engine take on the mighty Cassandra – the open-source distributed database system.

All NoSQL contenders come from the position of throwing out ACID to hit performance and scale on storing, searching and serving unstructured data. They claim to offer varying degrees of ACID compliance.

ACID is vital because it delivers the kinds of data and transactional accuracy that’s helped turn relational databases into a multi-billion dollar industry owned by Larry Ellison.

According to FoundationDB co-founder and chief executive Dave Rosenthal, people are coming to FoundationDB precisely because of its ACID guarantees – something his firm has worked to enshrine in the firm’s code from the beginning.

FoundationDB’s document store follows the release of its Key Value Store 3.0 in December, which saw a massive re-write of main components for greater scale. The company claims Foundation Key Value Store 3.0 can make 14.4 million random writes a second on an 32-bit machine cluster in an Amazon’s EC2.

It achieved this in part by re-writing the Flow programming language that’s used to build FoundationDB, to improve communications.

The re-write comes on the heels of benchmarks that claimed to have pushed Cassandra to more than one million writes per second on clustered instances.

Dinging the NoSQL camp again for their continued lack of full ACID compliance, Rosenthal said version 3.0 has defied conventional wisdom: that to achieve huge scale in non-relational databases you must compromise on ACID compliance.

“There was a broad conventional wisdom across pundits and internet enthusiasts that building a scalable transactional database was not practical – or, if you could do it, there’d be too many trade offs to make the system get there,” he said.

Rosenthal reckoned more people would flock to FoundationDB because of its new speed and ACID fundamentals; a, er, fundamental in the transactional world.

Version 3.0 took a year to build. Rosenthal claims it was part of the company’s original roadmap even though it’s not the first version of Key Value Store.

“In a way 3.0, is the first version that’s out there we dreamed up five years ago – this is what we were shooting to build,” he said. “We thought it would be better to get the first version of the product to market, but keep working towards the ultimate architecture."

FoundationDB plan is to build a core, high-performance engine that it surrounds with databases such as graph and d'socument database for use in machine-to-machine communications. The plan is to thrive in a sector that sees those just building the database go under.

“We see these layers like the document layer and the graph layer as the ways people will get the speed and power of our engine,” Rosenthal said. ®