But it is pretty white, and there sure are a lot of men 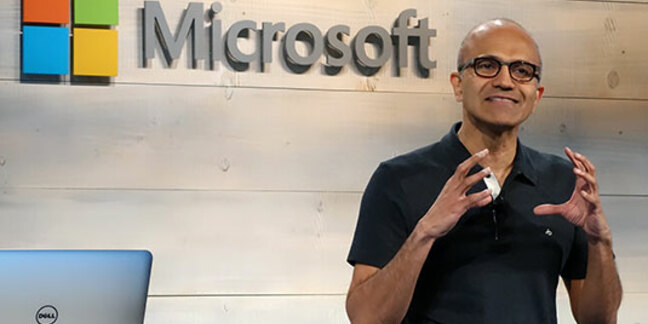 Fewer than half of all Microsoft employees are white males, according to the software giant's most recent census data.

The numbers [PDF], which were published on December 18 and were first spotted on Friday by the Puget Sound Business Journal, show that white men made up just 47 per cent of Redmond's total workforce at last tally.

Save that pat on the back, though. When you discount racial and ethnic background, 76 per cent of Microsoft's staff are men, as are 88 per cent of its executives. And of those male execs, yup, 79 per cent are white.

The numbers are similar to those previously reported by Microsoft's Silicon Valley rivals. In 2014, Google admitted that 70 per cent of its employees were men, while Yahoo! looked only slightly better with a workforce that was 62 per cent male. And 61 per cent of all Googlers were white, as were half of all Yahoo! staffers.

The reports have drawn criticism from various corners, including no less than the US Congress, where a trio of female representatives have accused the tech sector of a "persistent and troubling deficit when it comes to women, African-Americans, and Latinos."

The issue of gender diversity is particularly prickly for Microsoft, however, after a blunder earlier this year in which CEO Satya Nadella suggested that women should have "faith that the system will give you the right raise," rather than asking for pay rises directly.

Some of these categories are a little fiddly, but that's not Microsoft's fault. The groupings were defined by the US Department of Labor for its Job Classification Guide, for which Microsoft is required to report its workforce information on a periodic basis.

Not that Microsoft makes any secret of its workforce stats. Since 2006, it has published its data on a public website devoted to diversity.

Nadella has recognized that Microsoft still has work to do in the diversity department, however. Following his earlier gaffe, he pledged to redouble Microsoft's efforts to ensure "equal pay for equal work" among all employees and to "recruit more diverse talent" at all levels. ®