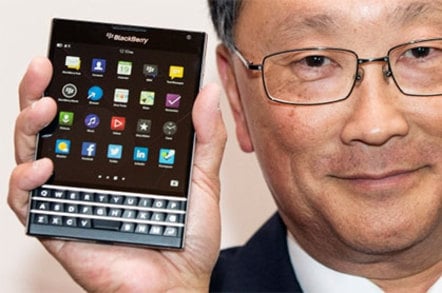 Part 2 Here's part two of El Reg's mobile industry review for 2014, where Andrew Orlowski picks out a few of the key trends. Click here for part one.

Windows Phone made big strides in 2013, but was pegged back in 2014 for a number of reasons.

Microsoft got a hyperactive new CEO Satya Nadella, who regarded the Nokia mobile devices acquisition with the enthusiasm you show your cat when it brings home a dead sparrow and drops it on the living room carpet. His predecessor Steve Ballmer had wanted Microsoft to make top notch devices – or so we thought. More accurately, Microsoft just didn’t want its biggest phone OEM to cool on making Windows Phones, and Nokia’s board couldn’t guarantee that it wouldn’t. So Microsoft had to buy Nokia’s mobile devices team. 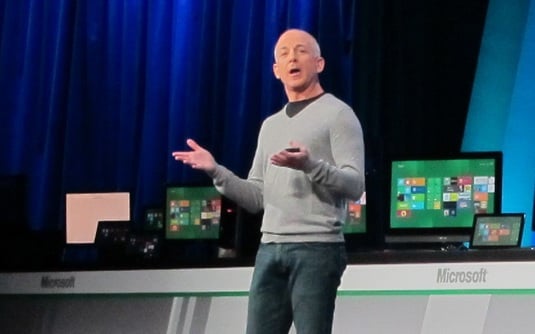 Never mind Windows Phone: The No 1 priority was to rescue desktop Windows from the Sinofsky years

And so 32,000 Nokia staff swelled the ranks at Microsoft. Before the deal was even completed, Nadella removed “devices” from the strategy statement.

(Nadella’s replacement is a Hegelian obfuscation: “Cloudobile”: Cloud and Mobile both come first. Together. At the same time. Skipping over the finishing line, hand in hand. Neither finishes second. It’s all quite ridiculous, but Nadella thinks the more he repeats it, the more it will make sense).

Nadella then further showered more love on the acquisition by announcing that 12,000 of the 32,000 Nokia staff would be made redundant. And Microsoft cancelled the year end flagship – leaving it fighting on at the low end.

Nadella’s new strategy also mandated that Microsoft products on the two dominant platforms were attractive and competitive. Office arrived on the iPad in March, and you now get very nice Office apps without paying a penny for a Office365 subscription.

But Nadella wasn’t Windows Phone’s only problem. The No.1 Priority was to rescue desktop Windows from the Sinofsky years, which now makes Vista look like a temporary aberration. So the custodians of Windows Phone, Terry Myerson and Joe Belfiore, were handed the job and so could only devote a small proportion of their time to the platform.

In their absences, it seemed as if Windows Phone was being run by people who didn’t really like Windows Phone at all. The charm, coherence and deep integration that made WP such an unusual Microsoft project got lost in the shift to version 8.1. By October, WP was being compared to Android. And not in a good way.

The Nadella strategy means that there’s no flagship or “hero” loss leader for mature markets - the "McLaren" imaging Lumia having been cancelled. But you can pick up no-name Windows Phones from Argos and quite serviceable Nokia-branded Lumia for under £60 – thanks to Microsoft removing royalties from the platform.

It’s a fine deal, and makes sense. Because the value of the ecosystem is “priced in”, high-end Lumias can’t compete with high-end Samsungs.

HTC, meanwhile, conspicuously failed to make the WP version of its beautiful One M8 a global product. No OEM is a charity, so Windows Phone suits emerging markets and here, nicely suits the no nonsense, white van segment who was happy with a featurephone. But without a flagship to boast about, what hope does the platform have for future growth? It’s widely expected that the "Phone" will be dropped from the marketing in 2015, but whatever it’s called, the franchise is in need of a reboot, and renewed loving care and attention.

BlackBerry hops out of the jam

A year ago BlackBerry was at rock bottom, but with an experienced turnaround crew at the helm, and a coherent strategy, it set the groundwork for a revival. This is based around its BES12 server, and the strategy can be summed up as follows. It’s all about business – if you’re a fan or a consumer, you’re on your own. BlackBerry thinks device management (the big hope two years ago) has become commoditised, yet it has a huge asset by owning its own network. So it has devised lots of value-added services that are really quite slick, thanks to the network. Quite a lot of these look quite relevant in a post-Snowden, post-Sony hack world. 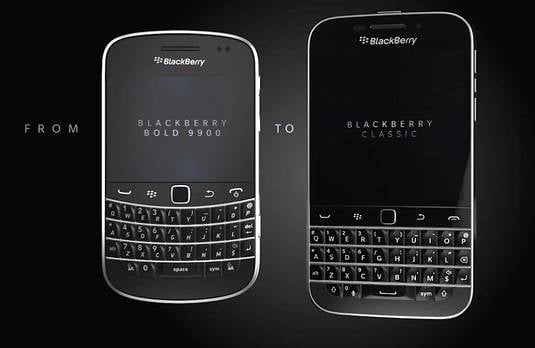 BlackBerry also released two new devices, an eye-catching and odd phablet with a novel "swipeable" hardware keyboard called the Passport, and the Classic which revives the abandoned but fondly regarded vintage interface. 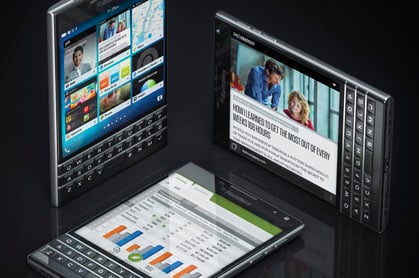 At least the Passport got BlackBerry talked about again. Away from the mainstream media’s attention, BB10 has matured nicely too. It needs a broader range of devices – a narrower Passport, a Classic with more modern hardware to attract the independent professional – but this all depends on business nibbling at BES12 in 2015.

China's giants are knocking on the door

Chinese manufacturers Xiaomi and Huawei took 3rd and 4th spot in global handset sales in 2014. Nobody wants to distribute branded Xiaomi and Huawei handsets here in the UK, but they are seeping into Spain and Italy. Huawei’s not spending any money to change that, buying its way into distribution or consciousness here. The quality and design are now excellent, particularly from Huawei, I discovered, although the Ascend P7 used Huawei’s own chips and felt underpowered. EE’s Kestrel (a £99 4G ‘Droid) was China’s biggest success in the UK and sold well.

With a reputation as poundshop Apple, Xiaomi was valued at $45bn. Why? Because it overtook Samsung in China? Because it “has services too” (er, which turns out to be a chat app, and bring in negligible revenue)? Because the founder is to Steve Jobs what Psy is to Tupac? Not really. A Russian speculator has invested in Xiaomi and hyped it to the heavens. It’s all quite odd.

At least Steve Jobs didn’t have a monopoly on Reality Distortion Fields.

Wherever you may roam

Policy uncertainty looms large over the market, particularly in Europe. The new Commission is more sympathetic to pan-European mega mergers, which mobile operators have wanted for years. But it’s not lost its taste for ad hoc intervention, which even the UK caught. The European Parliament fixed roaming prices in Europe, so operators put up prices for roaming outside Europe, and bumped up Pay As You Go tariffs. Which means people who never leave the UK (poor people) now subsidise those who can expense their mobile bills. You’ve got to love the new, fair, egalitarian Europe!

The stealth story to watch is Europe’s increasing hostility to Google and Facebook, which are no longer viewed as cuddly and transformative. If the EU is serious about giving European services a level playing field, it knows it needs to tackle platform monopolies. The year’s most unexpected story was Europe’s determination to probe the Android empire – extending into wearables and even Google’s prototype “Lego” phone. With manufacturers suddenly struck mute, the EU demanded they talk, or be fined.

Competition Commissioner Almunia (who enjoyed a cosy relationship with Google) has gone, and New Age space cadet Neelie Kroes – who in your correspondent's opinion turned her department into a taxpayer-funded Silicon Valley happy chappy – has gone too, with three Commissioners clearing up her mess. (DG-CONNECT staff are currently being "deprogrammed", I’m told).

In the UK, even the Tory business minister Sajid Javid caught the dabbling habit and came up with some ideas to cure rural notspots that Russell Brand might have written. It was not so much Parklife as Spart-lite. As we wrote, the problem is real enough, but the proposed solutions were daft.

In the end, the operators promised to halve the number of notspots - leaving 15 per cent of the land mass without a signal.