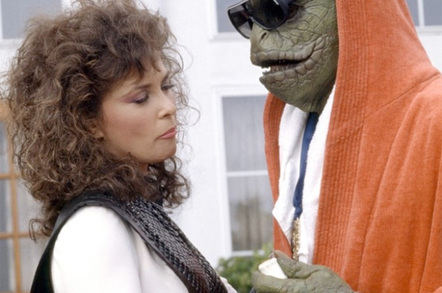 The US government's Central Intelligence Agency has 'fessed up about reports of UFO sightings in the 1950s by playfully tweeting "it was us".

The CIA decided to flag it up via its Twitter account because it had apparently proved to be a deeply popular read for conspiracy theorists hunting aliens in 2014.

The 272-page document provided an interesting insight into what exactly went on in our skies during the '50s and '60s, when the CIA famously went dark (to use the spy lingo) when UFO sightings were reported.

All of which spawned spurious tales of men in black (MiB) and extra-terrestrial beings.

Since then, the CIA has claimed responsibility for more than half of all unexplained foreign objects spotted in the skies during those decades. Its secret U-2 spy plane flew at very high altitudes, which baffled ordinary folk on the ground, unaware at the time that such heights were possible for contemporary aircraft.

The document explained how the secretive project started life in 1954:

President Dwight D Eisenhower - determined to avoid another Pearl Harbor - authorised the construction of a new aircraft designed solely to fly over the Soviet Union and gather strategic intelligence.

Peacetime reconnaissance flights over the territory of a potential enemy power thus became national policy. Moreover, to reduce the danger of conflict, the President entrusted this mission not to the armed forces, but to a civilian agency - namely the CIA.

From that time forward, overhead reconnaissance has been one of the CIA's most important missions.

Two question remains, of course: do you trust the US government's stats on its U-2 spyplane?

And, anyway, if the CIA can only account for around half of all UFO sightings, then what the hell else was up there peering down on citizens of Planet Earth? ®