El Reg tests portable breathalyzers: Getting drunk so you don't have to

Putting booze readers through the paces (all for science, of course) 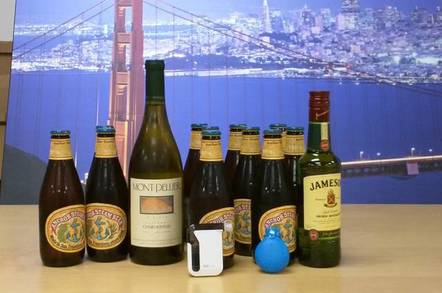 Celebrating Christmas and the New Year is traditional in many cultures and, humans being what they are, usually involves the consumption of copious amounts of alcohol.

Of course, that consumption comes with a cost. The liver, which processes over 90 per cent of booze consumed, can take a hit from a heavy session. Plenty of relationships and romantic assignations have come a-cropper from too many tipples. And then there's the law.

In most Western countries there are strict regulations on public drunkenness, not to mention operating a car, bike, or any kind of vehicle while under the influence. Since the 1950s, breath test machines have been used to determine intoxication – and these days there's also an app for that (and some hardware) that anyone can buy to keep tabs on their own inebriation.

In the spirit of the season (and selfless inquiry), here at Vulture West we decided to try out some of this new breed of breathalyzer. A decent supply of booze was laid in and we proceeded to test out two of the newest models the hard way. It's a tough life.

For our test, we used the BACtrack Mobile Breathalyzer and the Breathometer Breeze units. 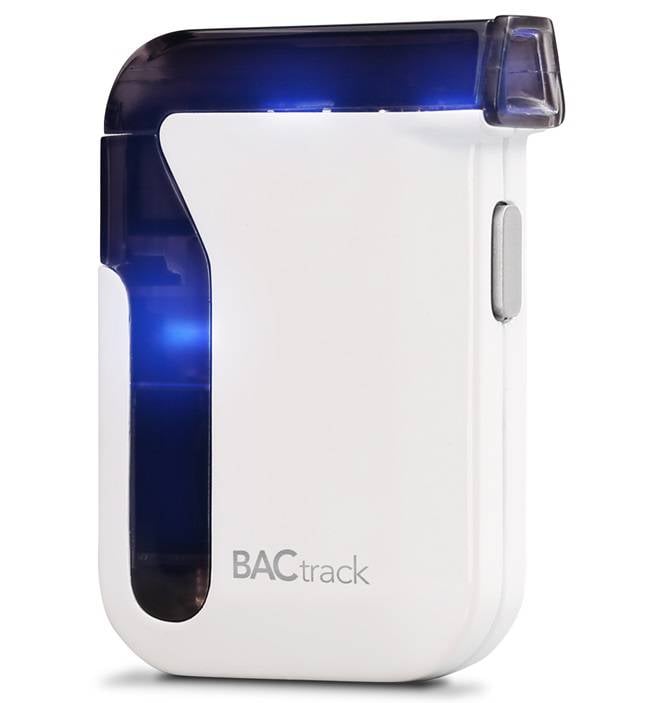 BACtrack has a 14-year history in making breathalyzers, primarily for police and medical use, but the mobile unit we tested is fairly new. The 1.75-by-2.75-by-0.63-inch rectangular device weighs 1.75oz (49g), is rechargeable via a micro USB port, and comes with three removable nozzles to breathe through.

The second device, the Breathometer Breeze, hails from a more recent California startup that brings a little more style to the technology. The Breeze is a blue, teardrop-shaped unit that's 2.3-by-1.88-by-0.57 inches and weighs 0.97oz (27g). It comes with a single mouthpiece, belt clip, and key-chain holder, and it uses replaceable coin batteries that should last over a year. 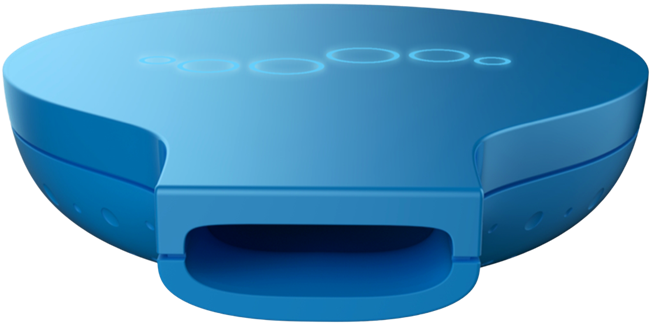 Each of these costs $99 plus tax and both have Android and iOS smartphone apps that connect via Bluetooth. Both also use fuel cells to determine the amount of alcohol in your breath, rather than the cheaper and more inefficient semiconductor method.

For the fuel cell method, two platinum electrodes in the unit oxidize any alcohol into acetic acid, protons, and electrons – the latter of which provide current to produce the reading. Semiconductor-based detectors, on the other hand, measure the reaction of ethanol over tin dioxide (SnO2), but they tend to fail sooner and sometimes react to cigarette smoke and other substances.

Fuel cells are the kind of breathalyzer technology used by most police forces for roadside testing. If it's determined that you need a legally binding test, police will usually escort you to the station where a desktop system costing thousands of dollars is used.

The personal versions aren't going to be appearing in an episode of Cops any time soon, and both manufacturers were keen to stress that the results you get from their devices shouldn't be used to test whether you're safe to drive.

In operation they are simplicity itself: breathe for five seconds continuously and the software on your phone does the rest. Of the two models, the Breathometer app was noticeably faster and simpler to operate, but BACtrack offered more information, including an estimated time until all the booze is gone from your system and a suggestion about how the user might be impaired.

Next page: Method to the madness
Page:
Tips and corrections
85 Comments