A cluck, a whiff and a bluff 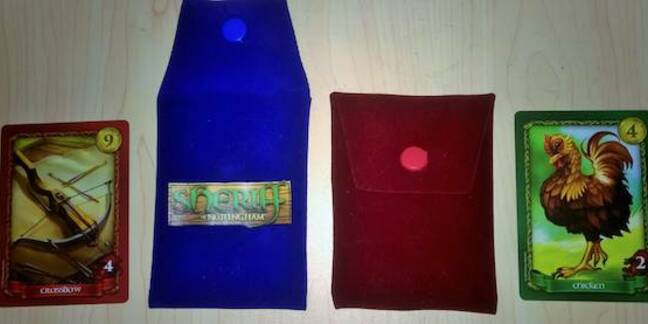 Board game review I love bluffing games. Most games have an element of bluffing, even simple games like Uno can be played with a bit of deception – a sneaky tactic is to change the colour to something different from your last card, but generally that's a poor decision to do odds wise. Games that focus on deceit have that extra human layer to them. You're not just trying to beat a system, you're trying to outwit your friends.

Bluffing mechanics put the other players in control of your fate instead of pure luck or skill, and to me that makes a game more personal. Maybe there is some primitive reason that our brains enjoy outsmarting someone, which goes back to the caveman days and helped with survival ... or maybe it's just funny. Either way, these sort of games generally lead to everybody having a good laugh along with that amusing, quizzical expression on someone's face when they've just been outfoxed. 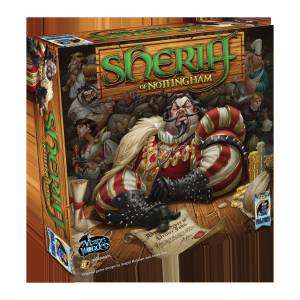 Back around the 13th Century, merry old England wouldn't have been a fun place. Imagine living in a time where pepper was a highly sought after seasoning (it's given away by cafés around the world now). Ruthless tyrants ruled the lands, corruption existed in all aspects of society.

Some of you may think "not much has changed, apart from that stuff about pepper". But you never had to deal with the Sheriff of Nottingham.

He is the pompous man who stands between you and the marketplace. Your job, as a merchant, is to get all the goods you can past the sheriff using the skills you know: bribery or trickery.

The general four goods that go through the market are apples, cheese, bread and chicken. Apples are worth the least, probably due to them just growing on trees. Chickens are worth the most, which you can either put down to the amusement factor of chickens, or more likely that they eat the bread you're also supposed to be selling.

Mechanics aside, those four items are the only legal goods in the game. These are the only goods that can be claimed to the sheriff, as they are the only ones legally allowed in the markets.

There's also contraband, which consists of pepper (huzzah!), mead, silk and crossbow. The contraband is worth much more than the legal goods due to the difficulty of getting it into the market, along with the purloined items being much more fun. The stolen goods can only get onto the market stalls if the sheriff misplaces his trust in you, or turns a blind eye to the pointy sharp object sticking out of your bag.

A third item category exists which is optional to play with: royal goods. These include fancy green apples, gouda cheese and the highly sought after royal rooster. They function just like contraband in that you'll have to sneak them in, but they also contribute to your final tally of each legal good (for example, blue cheese counts as three normal cheeses – which I assume is due to it's stench).

The goal for each player is to end up with the most money (just like real life, eh?). This is calculated at the end of two rounds by the money you have on hand, the value of the goods you got through to the market, and bonuses paid on who has the most and second most of each legal good type (including those delicious royal goods).

There are lots of coins, cards, and a few coloured bags in the Sheriff of Nottingham box. They're all of decent quality, with the highlight being the felt bags themselves. Each player gets one, and uses them to transport their goods to the marketplace.

The items placed into the bag are locked away using a snap button each turn. This snap button is very satisfying to both click and seal as the merchant, or – conversely – to open up and inspect the contents as the sheriff. It's a great design choice by the publishers.

Next page: Everyone has baggage
Page:
Tips and corrections
4 Comments

Blokes are worse at playing while listening to heavy metal