Forget Inception, the superlative dream-within-a-dream thriller that was the framework for Last Christmas. Forget Alien and The Thing - the sci-fi-horror hybrids referenced in by this year’s Doctor Who special on Christmas Day.

This is Christmas - the time for miracles. And what’s more miraculous, or Christmassy, than a bitter old cynic having his faith uncorked?

The big hoopla about this year’s Christmas special had been the portrayal of Father Christmas by Nick Frost, acting and writing partner to Simon Pegg. 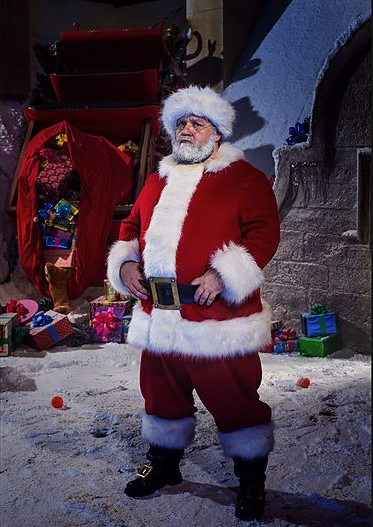 Frost’s Santa is a street-talking muther of an action figure with a strong physical resemblance to that 1994 Santa, played by Sir Richard Attenborough. If you've seen Hot Fuzz and similar Pegg-Frost works, you knew the kind of Santa that would be coming down your chimney – and Frost delivered.

For those who’ve not seen it, Miracle on 34th Street is the story of a little girl who’s been told by her mean mummy that Father Christmas doesn’t exist.

But her faith is restored after meeting a department store Father Christmas, convinced he is the real deal.

How does that related to the Doctor and how did Last Christmas sit in the pantheon of Christmas-Day TV staples?

The clue is in the closing scenes and the jocularity around Santa’s signature gift: a tangerine.

I’ll come back to this.

First, the story: Clara is back, baby, and she – along with the Doctor and some rather ineffectual, mismatched and evasive scientists manning ye olde remote base in the North Pole – has started seeing Santa.

What develops is Inception: there’s a new foe in the Whoiniverse, Dream Crabs who look and act like face huggers from Alien but eat your brain while giving you hyper-real, happy dreams to lull you into a sense of serenity and surrender.

Their ability to generate a telepathic field that controls perception is important because this leads to the Inception bit: it also forces you, the viewer, to work out the number of dreams within dreams and characters dreaming who think they are awake. As the Doctor warns, you can’t believe anything you see.

Last Christmas featured some standard sci-fi and horror set ups and set pieces: yes, there was the isolated scientific base, yes, somebody – Clara – was sent alone into a spooky lab – like Ripley and Newt in Aliens, with a face hugger on the loose – and, yes, the scientists got locked outside their freezing base with the predator inside – just like in The Thing.

There was action: the attack of the crabs in the med lab with Santa’s explosive intervention, blowing them away. There was tension: the Doctor trying to convince the scientists that it is they who are bodies in the med lab.

There was comedy and in-jokes. How does Father Christmas get all the gifts in the sleigh? Answer: it’s bigger on the inside. The best line was was from Frost’s Santa: “This is a dream. How much more obvious do you want me to make it? I can text the Easter Bunny?”

Santa, it turned out, was a figment of the minds created by those wearing a face hugger to make them aware that what they were experiencing wasn’t real.

That explained the presence of Father Christmas. But the set up?

It wasn’t explained why people from different walks of life should dream themselves into a setting of scientists stuck at a spooky, snow-bound lab.

Nor why the Dream Crabs seemed to have tapped the mid of Shona to serve up the Alien and The Thing scenarios and also Frost’s Attenboroughesque Santa: these were all films that newly single Shona had put on her Christmas Day DVD list. This served more as a vehicle to explain the scriptwriters’ desire to wrap in yet more Hollywood homage than come up with some fresh science fiction.

The big development was that Clara is back, and apparently still suffering suicidal tendencies brought about by the death of her true love Danny Pink.

Her Christmas scene with Danny was a tinsel-tinged horror – the reverse tracking shot of Clara in a hallway of blackboards scrawled with “you are dying” like something from The Shining.

And yet, Clara didn’t want to let go of her dream – either with Danny or, later, on the sleigh with Santa. She blocked her ears and her mind to waking up.

The episode’s biggest shock was not the advent of the face huggers, rather Clara Oswald suddenly aged 62 plus, a life lived and in her twilight. We teetered briefly on the precipice of a final exit for Clara along the lines of Amy and Rory and Sarah Jane. But, no, the Doctor was still wearing a face hugger.

And this was the real crux of Last Christmas – the redemption of a character who’s been built up to be a time-travelling Scrooge. 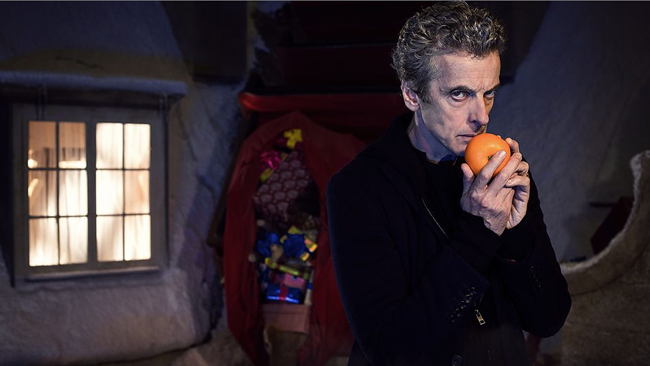 In his dream-like state, the Doctor was wild eyed and alive, flying Santa’s sleigh across London. Afterwards, he virtually dropped to one knee and proposed to Clara.

“I never get second chances. Don’t know what happened this time. Don’t even now who to thank,” said a giddy Who dancing back to the TARDIS with Clara.

Back to that tangerine, a fruit that Who told Santa at the beginning he hates. The closing scene was a tangerine nestling in the trimming around Clara’s bedroom window.

Why close on a tangerine? It was ambiguous: if it is Santa’s calling card, then Father Christmas was real and Who was still wearing a face hugger.

If the tangerine were a metaphor, then our weary time traveller was touched by the spirit of Christmas, rediscovering faith like that little girl in Miracle on 34th Street and enjoying a minor redemption.

What did you expect? This is a Christmas special, after all. But at least there were no Victorians.

Earl's Court is bigger on the inside than the outside

YES! It's the TARDIS PC!

'It doesn't roll along on wheels, you know'