Wanna play PlayStation games but don't have a console? Samsung's got a TV for that

2015 models to include built-in support for PlayStation Now 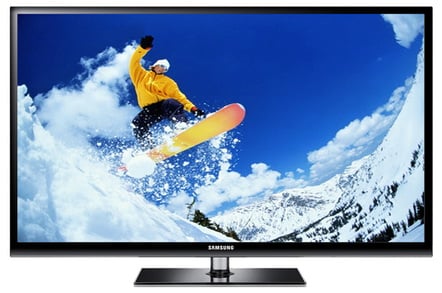 Buyers of select Samsung Smart TVs in the first half of 2015 will be able to play Sony PlayStation games without buying a separate console.

The TVs will ship with an app that can access Sony's PlayStation Now game streaming service, which offers a library of more than 200 PlayStation 3 titles that can be played over the internet.

"PlayStation Now on Samsung Smart TVs will support all functionality of the service, including the ability to earn in-game trophies, play games online with friends, and save your game progress in the cloud," Samsung said in a Wednesday press release.

At launch, the service will only be available to Samsung TV buyers in the US and Canada, and customers will need to buy their own Sony DualShock wireless controllers to play the games.

Just what the games will cost is less clear. Sony is currently trialing PlayStation Now in a beta program that's open to owners of PlayStation 3 and 4 consoles, the PlayStation Vita handheld, and PlayStation TV.

"The ... Open Beta will test multiple pricing tiers and rental durations," Sony says in its FAQ. "You will see shorter rental periods prices as low as $1.99 and most titles are between that and $19.99.  More information to be announced later."

Sony says it will show off its upcoming line of PlayStation Now–enabled Smart TVs at the 2015 Consumer Electronics Show, scheduled to take place in Las Vegas from January 6-9. ®