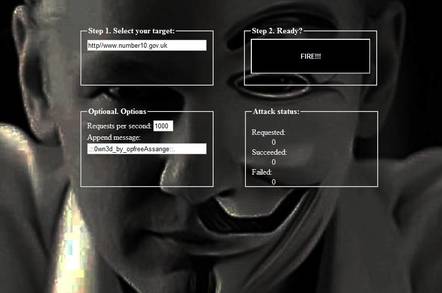 Wikileaks' Flash-powered PDF reader has sprung a vulnerability or two.

Developers behind the open source web based document viewer software have developed a patch to resolve the bugs.

The discovery of the bugs by security researcher Francisco Alonso has provoked http://www.wikileaks-forum.com/security-support/608/-flexpaper-pdf-viewer-used-on-wikileaks-org-presents-security-risk-for-users/32700/msg66862#msg668621:3 on WikiLeaks' forums that the vulnerabilities might be abused to de-cloak users, threatening the privacy of WikiLeaks users in the process.

Hackers (state sponsored or otherwise) might use Flash components specifically to de-cloak users. It might also be possible to post links to external content as part of attempts to (further) discredit WikiLeaks. Issues similar to the use by the Feds of Metasploit modules to uncover the identities of Tor users are feared.

“Given the fact that most browsers use plugins to enable the reading of PDFs, we strongly urge Wikileaks to link directly to PDF files instead of using third party software that could put users at risk,” a WikiLeaks forum member advised.

WikiLeaks did not respond to our requests for comment. ®