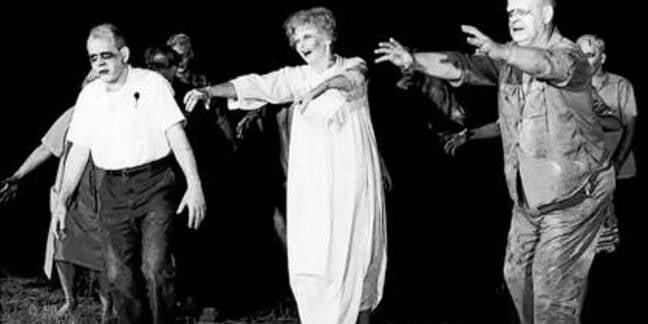 Rockstar Consortium, the trolling outfit that snapped up the patent portfolio of bankrupt telecoms firm Nortel, has agreed to sell the bulk of that technology to a company that claims to be dedicated to reducing patent litigation.

RPX Clearinghouse will buy the 4,000 zombie Nortel patents from the consortium for $900m, Reuters reports, which is a fraction of the $4.5bn Rockstar paid for the whole mess in 2011.

Some 2,000 patents had previously been doled out to Rockstar's various member companies – including Apple, BlackBerry, Ericsson, Microsoft, and Sony – and will not be part of the sale to RPX.

The move comes not long after Google and Rockstar reportedly settled their long-running patent litigation. Google had been a particular target for Rockstar's sueballs, which were mainly aimed at undermining the online giant's Android mobile OS.

San Francisco–based RPX says it will only use the Rockstar patents for defensive purposes from now on, and that it plans to license them on a subscription basis to all comers.

"RPX Clearinghouse will receive license payments from a syndicate of over 30 companies, including Cisco and Google," the company said in a canned statement. "Upon closing ... syndicate participants will receive non-exclusive licenses to the Rockstar patents, and RPX Clearinghouse will make the patents available for license to all other interested companies under fair, reasonable, and non-discriminatory (FRAND) terms."

The deal likely won't mean the end of zombie Nortel patent suits, though. In addition to the former Nortel patents held by individual Rockstar member companies, Spherix, another patent trolling firm, owns at least 100 of them, and it doesn't seem ready to throw in the towel on litigation yet.

Presumably, however, having access to the rest of the patent portfolio via RPX would give licensees enough clout to discourage attacks by Spherix or other firms.

For its part, Microsoft said it welcomed the sale. "We joined Rockstar to ensure that both Microsoft and our industry would have broad access to the Nortel patent portfolio," Microsoft deputy general counsel Erich Andersen said in a statement, "and we're pleased to have accomplished that goal through this sale and our valuable license to the patents being sold."

RPX said it expects to recoup the majority of the money it spent on the patents from existing licensees.

"More details about the benefits to RPX and about financial implications will be provided when RPX reports year-end earnings in February," the company said. ®