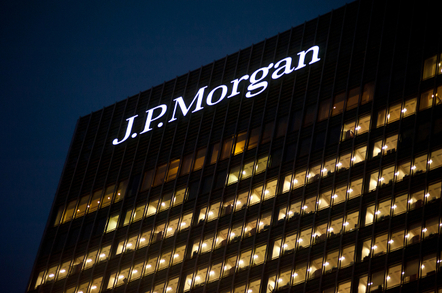 Hackers broke into JPMorgan's network through a giant security hole left open by a failure to switch on two-factor authentication on an overlooked server.

The New York Times reports that technicians at JPM had failed to upgrade one of its network servers, meaning that access was possible without knowing a combination of a password and the value of a one-time code.

The newspaper learnt of this failure to apply industry-standard security practice from unnamed sources familiar with the details of ongoing investigations into the breach.

The working theory is that hackers used compromised access to the insecure server as a launch pad for attacks against more sensitive systems. It’s nearly always easier to hack systems once a foothold inside a targeted organisation has been obtained. Such stepping-stone attack tactics have been common hacking practice for years.

JPMorgan Chase admitted in September that the names, addresses, phone numbers and e-mail addresses of 83 million account holders had been exposed in one one of the biggest data security breaches in history. 76 million of those, along with seven million small biz customers, had their private information publicly exposed as a result of the breach, which was rumoured to be the handiwork of Russian cyber-criminals.

The attack was reportedly detected by the bank's security team in late July 2014. JPMorgan Chase has played down the impact of the attack and there's no reports of widespread fraud as a result of it.

The main risk comes from the possibility that crooks might be able to produce more convincing phishing attacks using the stolen information. ®