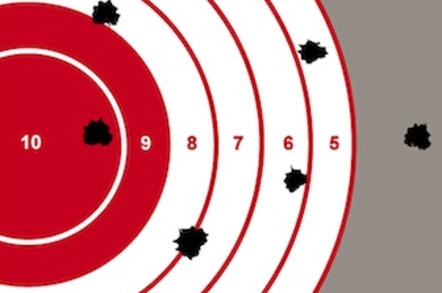 Microsoft has launched its first US lawsuit against companies offering phoney phone support for its products and says it plans further operations in the UK and India to stamp out the scammers.

Fake tech support calls have been around for a few years now. A caller will claim to be calling from Microsoft technical support saying that a virus has shown up on their computer and offering to fix it for a fee. The "support' usually costs hundreds of dollars and leaves the targtet computer either unchanged or with new malware added.

The problem is widespread, and Microsoft says it has received 65,000 calls complaining about the scam since May of this year alone and estimates that such fraud brings in over US$1.5bn in illicit income every year.

Now Redmond's lawyers have filed a legal case against Omnitech Support, a division of California-based firm Customer Focus Services, for running these calls. Microsoft is claiming trademark infringement, domain squatting and unfair and deceptive business practices, and calling for a jury trial to decide the issue.

"Omnitech utilized the Microsoft trademarks and service marks to enhance their credentials and confuse customers about their affiliation with Microsoft. Omnitech then used their enhanced credibility to convince consumers that their personal computers are infected with malware in order to sell them unnecessary security services to clean their computers," said Courtney Gregoire, senior attorney for Microsoft's Digital Crimes Unit.

"In some instances, Omnitech has actually created security issues for victims by gaining access to their computers and installing malicious software, including a password grabber that could provide access to personal and financial information."

Investigators called up the firm and were promised that Omnitech would help solve problems on their computer. After downloading software to give the phone operator remote access to the system, the operator showed the investigator normal files which he claimed were proof of an infection.

The "support" staffer charged $249.99 to clean up the non-existent problem, and then charged an additional $610 to "fine tune" the target system, which involved using a few free internet tools, including Microsoft's FixIt software.

Payments were funneled to Omnitech via bank accounts in Los Angeles, Microsoft claims, and the firm also advertises using Microsoft trademanrks and on domains such as windows7blog.co, outlookerror.co, outlookproblems.co, and outlooksupport.co..

Microsoft wants the courts to shut down the operation and for Microsoft to receive compensation for the illicit use of its name and intellectual property.

The company said this is the first in a wave of actions aimed at taking down phone tech support scam operations and more are planned in the US and other countries. Redmond said it expected the scammers to try and cover their tracks, but that the Digital Crime Unit would continue their actions. ®