Lara Croft and the Temple of Osiris

At first impressions feeling a lot like Gauntlet, Lara Croft and the Temple of Osiris is the follow-up to 2010’s co-op focused Lara Croft and the Guardian of Light. I guide Lara through a multitude of tombs, in an effort to ward off the malevolent Egyptian deity Set. Lara has access to an array of weapons, a mystical staff, timed explosives, and, luckily, some time travel mechanics, as she attempts to survive the curse bestowed upon her. 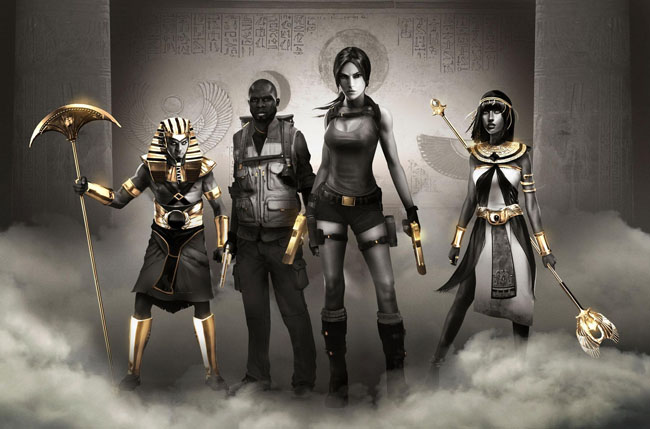 It’s totally possible to play this game alone but I found it a lot more fun roping a buddie into playing either as an additional treasure hunter or one of two epic looking playable Egyptian Gods. Adding players via co-op will change the difficulty of the game rebalancing the gameplay which is a nice touch.

The gods acts as support, while the additional human characters come equipped with a set of functions allowing them to solve the various puzzles I encountered. A visually stunning return to everything Tomb Raider, this game is not only fun but a satisfying follow-up to Guardian of Light. 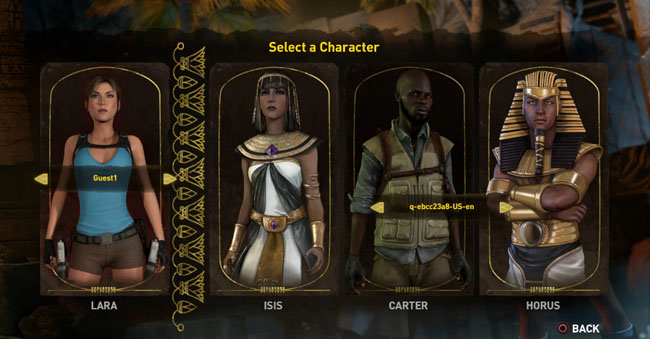 Like Guardian of Light, Temple of Osiris plays on an isometric, fixed camera view. Much like LBP3 there’s a hub world, which gives Lara access to both story-driven Tombs and optional Challenge Tombs which contain tougher puzzles. Both these kinds of Tombs offer up multiple rewards, including rare weapons, health and ammo upgrades. These Tombs don’t present the biggest challenge though, it’s actually taking the time to pick up all the hard-hitting optional objectives, where I get my hands on most of the weapons and upgrades. 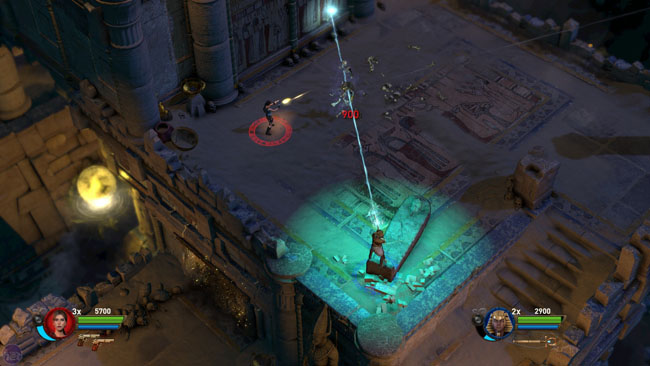 There is just enough variation in the challenges from one tomb to the next, to make most of challenges feel unique. Both puzzles and enemies will increase or be altered by new players joining in. Luckily, checkpoints are frequent and I get back into the action quickly. Again, I don’t think most hard core gamers will find Temple of Osiris to be particularly challenging, but the difficulty scaling by player count is certainly a smart idea to implement in a co-op focused game like this. 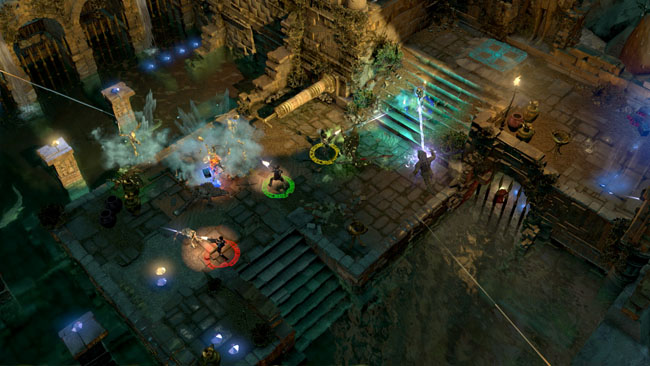 Lara and crew also have a handful of other tricks up their sleeves, like torches to navigate their way through dark areas, a grappling mechanic that can attach to hanging golden rings, and an explosive that can be detonated from a distance, taking out loads of bad guys. The weak points of this game are the cut scenes and story, but the attention to detail Square Enix spent perfecting the game play really shows. Compared to some AAA games, this is a steal at around £15 for the standard edition and I was pleasantly surprised by how fun this game is. I’m looking forward to getting some time to kick the ass out of some end game challenges over Christmas. ®