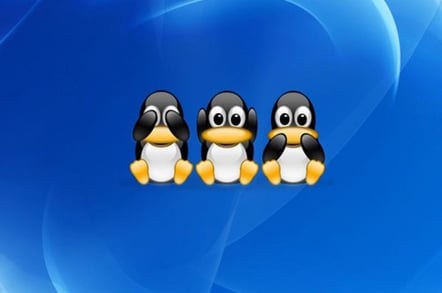 Each January Linux luminaries from around the world descend on Australia and New Zealand to attend Linux.conf.au, an antipodean penguinista gathering of sufficient gravitas that Linus Torvalds himself often makes the trip.

But organisers of the event have noticed there's another organising using #LCA2015, namely the Live Cam Awards.

That's live cams as in adult live cams, with probably very little to do with penguins.

Linux.conf.au Chair Cherie Ellis writes that “I have contacted it [the Live Cam Awards] twice asking it to consider changing the hashtag that it's using, and I haven't had a reply.”

She claims “there is little else that I can do, and I can only recommend that you block or mute their tweets on your own account". Or we could just read the tweets from both. ®