Let's do the timewarp again 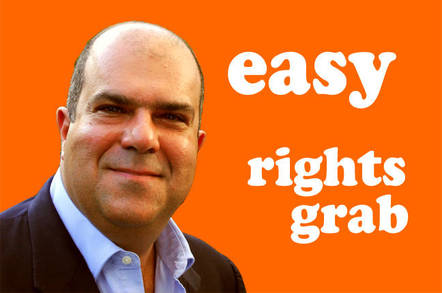 easyGroup has won back the easytrain.com domain after it failed to renew it ... back in 2009.

Despite having not owned the domain for five years, and only registered a trademark for EasyTrain in 2011 – two years after the domain was picked up – domain arbitrator WIPO decided the low-cost operator should have the rights to the domain.

It didn't help that the owner failed to respond to the arbitration request. But, regardless, WIPO panelist William R. Towns made a series of eyebrow-raising decisions that ultimately resulted in the domain being handed over to the orange-branded biz.

easyGroup failed to renew easytrain.com when it expired in 2009. It was then picked up by someone using a proxy service in China. That owner recently decided to renew the domain.

Despite registration of expired domains being an extremely common practice, and renewing them being a fundamental part of the domain name system, the WIPO panelist felt that the registrant must have known about easyGroup's EasyTrain trademark when he or she decide to renew his or her own domain and therefore infringed on easyGroup's rights.

Unfortunately, the EasyTrain trademark is actually not applicable since it was registered two years after the domain was picked up.

And so the panelist argues, somewhat bizarrely, that since the Easytrain.com website contained "fitness training and health related content", a trademark easyGroup owns for "EasyGym" in 2003 is relevant. A creative view of trademark law.

More dangerously, Towns also appears to have also gone back in time and agreed with easyGroup's assertion that it owns the rights to the word "easy":

easyGroup has been pushing variations of this argument for more than a decade despite the fact that it has been repeatedly shot down, even by the organization that the panelist is working for. WIPO decided back in 2000 that easyGroup did not have the rights to the word "easy".

That didn't stop the company from filing complaints and trying to grab control of a whole range of domains with the word "easy" between 2003 and 2006 (we wrote repeated stories about this campaign and even spoke to easyGroup's great man Stelios Haji-Ioannou himself).

When that avenue dried up, easyGroup started taking domain owners to court. And while it won a case against easy.com, the High Court in London, UK, ruled against EasyGroup, saying the word "easy" was too common to apply rights.

Still, the company threatened people with legal action even when it knew it had little or no rights – it is a costly affair fending off a writ, and many felt it wasn't worth their while.

People also got wise to that approach. And so easyGroup finally started using the system used by the rest of the world's companies, and started registering multiple "easy" trademarks whenever it entered a new market.

What this case demonstrates though is that easyGroup still maintains the belief that running multiple businesses with the word "easy" grants it worldwide rights to one of the most common words in the English language, even when no one else agrees with it.

Except, of course, the occasional WIPO panelist. We note the domain is still pointing at someone's fitness blog. ®