UK banks ill-prepared for return of the rabid POODLE 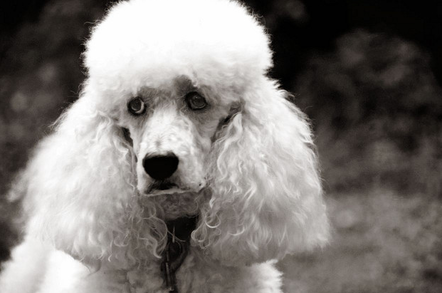 "The impact of this problem is similar to that of POODLE, with the attack being slightly easier to execute - no need to downgrade modern clients down to SSL 3 first, TLS 1.2 will do just fine," explained Ivan Ristic, director of engineering at security firm Qualys, in a blog post. "The main targets are browsers, because the attacker must inject malicious JavaScript to initiate the attack.

"A successful attack will use about 256 requests to uncover one cookie character, or only 4096 requests for a 16-character cookie. This makes the attack quite practical," he warned.

Qualys, through SSL Labs, has developed a free scanning tool designed to allow website owners a means to check their website for cryptographic problems, including, but not limited to, POODLE.

"TLSv1 alone is 15 years old and of the above, only Santander supports the strongest protocols. That gives you some insight into how antiquated our banking system really is," he added.

Qualys estimates that around 10 per cent of web servers are vulnerable to the POODLE attack against TLS.

A hostile attacker might be able to exploit the POODLE bug to to unwrap the contentions of an encrypted transmission, leaving passwords, login cookies and other sensitive data open to wiretapping.

Disabling SSL 3.0 support in web applications is recommended since there's no patch as such, as an advisory by US CERT explains. The same researchers who unearthed the Poodle vulnerability have however been able to develop a fix for TLS-based systems.