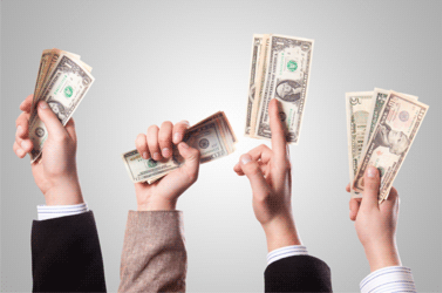 Riverbed failed to grow sufficiently and its business foundered somewhat, opening it up to the attentions of activist investor Elliott Management.

That's the same investor that is pushing EMC for a VMware sell-off.

In October, Riverbed agreed to running a strategic review of its options. NetApp bought its SteelStore cloud storage gateway business for $80m in October.

Thoma Bravo is paying $21/share in cash, which is roughly 12 per cent above Friday's close and in line with the price proposed by activists Elliot Management, according to William Blair analyst Jason Ader. TB is already buying software house Compuware for $2.5bn, another deal that gives Elliott Management a payout.

In December 2011, Thoma Bravo bought Blue Coat Systems for $1.3nn, and that company has WAN optimisation and web security assets.

The private equity house also owns LANdesk. It had owned SonicWall, which Dell bought for an undisclosed sum.

Jerry Kennelly stays on as CEO and the acquisition should close before the mid-point of 2015.

The likely future for Riverbed is an intense session of corporate and product surgery, with Riverbed perhaps donning a WAN-optimsing Blue Coat, followed by an acquisition.

Two out of three looks good. Will EMC make three payouts in a row? Can Joe Tucci make Paul Singer take a hike? Tune in for next month's gripping episode of Storage Game of Thrones and find out. ®